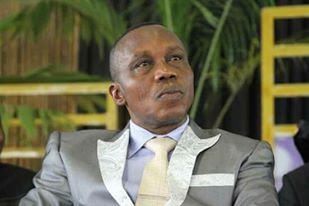 A bid by former General Superintendent of the Assemblies of God Nigeria, Rev. Paul Emeka to stop the execution of the Supreme Court judgement against him suffered a major set-back Today in an Enugu State High Court as the presiding judge disqualified himself from entertaining the matter.‎

It could be re-called that in a unanimous judgement, the Apex Court had on February 24, 2017 affirmed Emeka’s sack as the General Superintendent of the Church.

However, in a move to stop the execution of the judgement, he returned to a High Court, seeking among other things an injunction restraining the Nigeria Police from executing the Supreme Court judgement.

The suit has Rev. Prof. Paul Emeka, Rev. Ofodile Ekenedilichukwu and Rev. Emeka Eze as plaintiffs. Joined as defendants are the Nigerian Police and the commissioner of police Enugu State.

In the fresh case filed before Justice R.N. Onuorah, with suit No E/101/2017, Emeka is seeking among other things “as order of interlocutory injunction restraining the defendants, either by themselves or their servants, agents, privies, assigns, subordinates or any person or persons, howsoever called from interfering in any way or manner howsoever with the claimants’ use of No R8 Ozubulu Street, Independence Layout, Enugu, Enugu State, being the claimants’ official offices, business premises and in particular restraining the defendants from sealing up the aforesaid premises and from disturbing, preventing and or denying the claimants and their staff and students access to the said No R8 Ozubulu Street, Independence Layout, Enugu, Enugu State to carry out their lawful duties and obligations as officers of the Assemblies of God, Nigeria pending the determination of the substantive suit.”

However, our correspondent, who was in court reports that shortly after the counsels for both parties announced their appearances, the Judge declined to hear the mater.

This is also as the legal team of the Assemblies of God Nigeria, led by Barr. Chika Igbokwe was in court with a motion to seek for joinder in the suit.

However, the motion was not heard, as the visibly furious Justice Onuorah expressed his anger over what he called undue pressure from the “high and the mighty” in the society over the suit.

He condemned a plot by some persons to exert undue influence on him in dispensing the matter, vowing that he would rather remain materially poor and spiritually wealthy than succumb to such gimmick.

Speaking to journalists after the court session, Igbokwe said the Church was not afraid of whatever tactics Emeka would employ in his failed bid to reclaim his former position.

“I understand that the judge has transferred the case file back to the Chief Judge. I don’t know the kind of pressure but he said he is under pressure.

“We are not yet party to that case but we applied to join.

“Paul Emeka has taken the Church to Supreme Court; now he has chosen to commence a fresh suit; we are not afraid of anything he wants to do as far as they are within the law.

“We don’t expect him to act outside the law but if he chooses to, we have total confidence on the police and security agencies to deal with him and put him in proper place”, he declared.

Meanwhile, the Supreme Court judgement has already been executed few days ago. 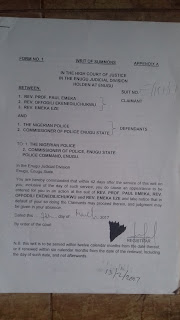 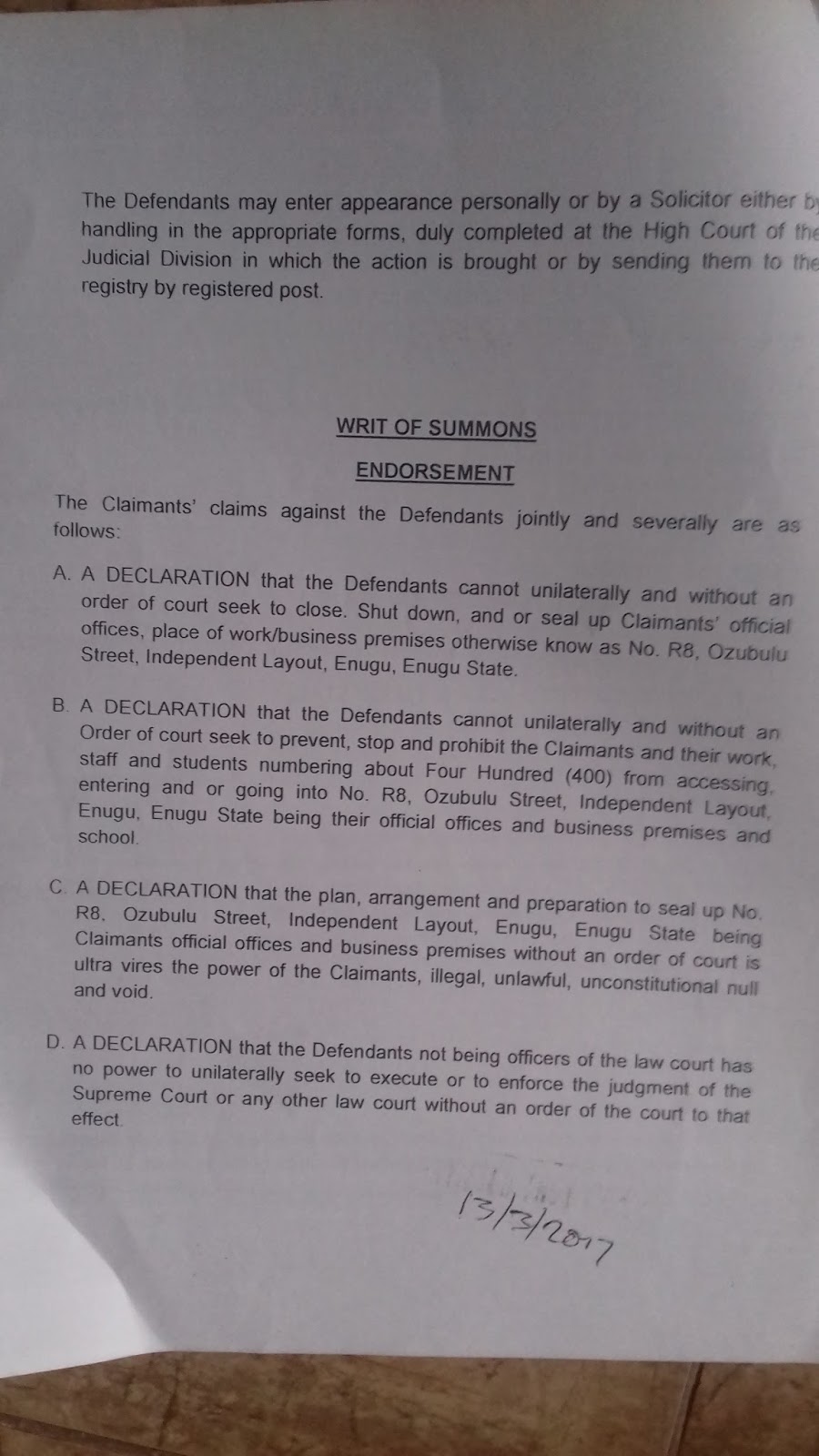 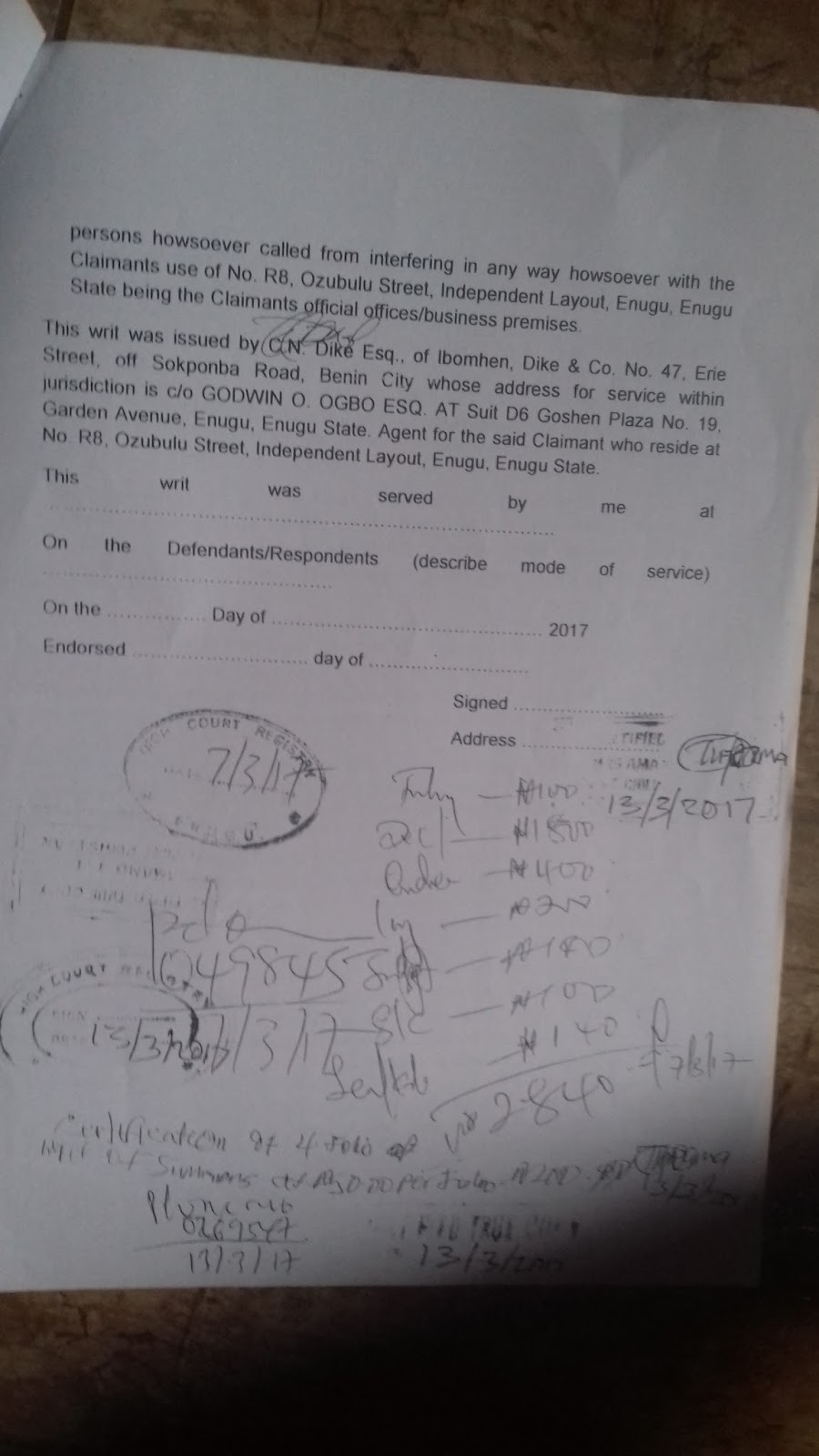 We have begun preliminary examinations of APC petition against Patience Jonathan-...