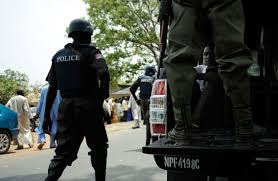 The Bayelsa Police Command said on Friday that it recovered  N1.3 million cash from robbers following a distress call by members of the public in Opolo area of Yenagoa.

Mr Asinim Butswat, a Deputy Superintendent of  Police (DSP) and  Public Relations Officer of the command, told the News Agency of Nigeria (NAN) that the suspects who were arrested in the act operated with a tricycle for an easy escape.

“They stole about N1.3 million belonging to one Pastor Andy Sese,” he said.

Butswat said that the Police responded swiftly and arrested the thieves.