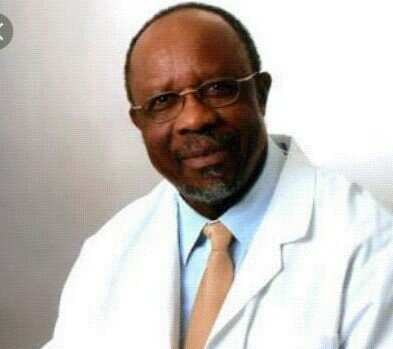 When the Senate of a nation would overrule the peoples’ popular demand for restructure – a return to the federalist constitution that gave birth to the nation, are they now not calling up the query ‘whose interests are you serving?’ This unpleasant action is also inviting a certain crises, because the people do not give up to such usurpation of their power as cases have shown in Nigeria past. Revelation about British colonial official who admitted they had a hidden agenda in Nigeria should now be investigated by Nigerian Government. Not Devolution Of Power To States, But Regional Autonomy – However what was killed on the floor of the Senate was devolution of power to states, which in my opinion, was not exactly what the people are demanding for. The real demand of majority of Nigerians at home and abroad is for the 6 geo-political zones to become autonomous regions, empowered by the constitution as the federating units. Six zonal federating units, rather than 35 states skewed as federating units, is widely preferable. Nigerian people want the states as they are now, no more creating of states as long as the 6 region are enshrined as Federating Units (FU) in a renewed Constitution. We are hopeful that another bill that reflects this decent demand will be passed. There is no alternative. But Senate’s ability to kill a popular demand on its floor is scary. It shows that even the Senate is skewed and controlled by a section of the country that is opposed to any form of restructure. This is a danger sign. My God! How did we get here? Are strangers in power in Nigeria? Why is it that what pleases Nigerians do not please a certain powerful leaders in Nigeria? Are there really ‘strangers’ in power in Nigeria? Who Are These Defiant People In Power, are they stranger? Why is it then, that Nigerians are treated as strangers by their own people in power. And for many years things have not actually changed. Many Nigerians do complain that, right in their own home country they are treated with less courtesy than strangers? Some say foreigners are treated far better in Nigeria than the citizenry. This anomaly has almost left all Nigerians citizens complaining about the way they are treated both at home and abroad. Talking of abroad many can endure such mistreatment as foreigners in foreign land, but why should foreigners be preferred for licenses, jobs, business opportunities and favors that most Nigerian citizens are qualified for right in their country? Most of us have been in most of those nations and have found out that it is citizens first. From US to Germany, France, Britain to Japan, China, Korea.. it is their citizens first. They have no question to answer anybody, for this is the Children’s bread! Many worry it is rather the opposite in Nigeria. God forgive us, how can a nation overlook its own people? There could be no other reason other than that strangers are in power in Nigeria. Remember, where your treasures are there your heart will be also. -For strangers are risen up against me, And violent men have sought after my soul: They have not set God before them. Psalms 54:3 Are Foreigners Making A Kill While Nigerians Are Shortchanged? Most Nigerian businessmen keep narrating stories of how they now give their monies to Lebanese, Chinese and Indians living in Nigeria, to import goods for them because they (Nigerians) could not easily obtain similar licenses to bring in their goods directly to their country. It’s acceptable to welcome and accommodate our visitors but to maltreat citizens while opening doors and opportunities to foreigners, looks foolish to me. The general rule wherever we go is Citizens first. This and similar mistreatments of Nigerian citizens prove that strangers still bear rule over our people. Heartless strangers, Chinese, Indians, mostly Asians are heard maltreating Nigerians in their own country – whatever happens to citizen’s privilege in Nigeria. Leaders Who Do Not Love Nigerians – Are those the strangers? Those in position who do not love their own people, but rather turn against them for tribal or religious reasons are not worthy to be called Nigerians talk less of leaders of the people. If a man could not provide for the members of his own family, he is worse than an infidel – the Scriptures say. I would rather see them as Strangers In Power (SIP). Those who loot their nation’s treasury in favour of foreign countries are not only criminals but are strangers as well. While the sons remain dormant about political issues, these strangers will continue to eat the bread and sip the tea of the rest of the people. But God forbid! “Now I say, That the heir, as long as he is a child, differeth nothing from a servant, though he is lord of all;..But when the fullness of the time was come, God sent forth his Son… To redeem them that were under the law, that we might receive the adoption of sons.” Galatians 4:1-5 This is the time for Nigerian sons and daughters to possess their possessions. Happy Independence Celebration! By Daniel Michael Enyeribe, Ph.D