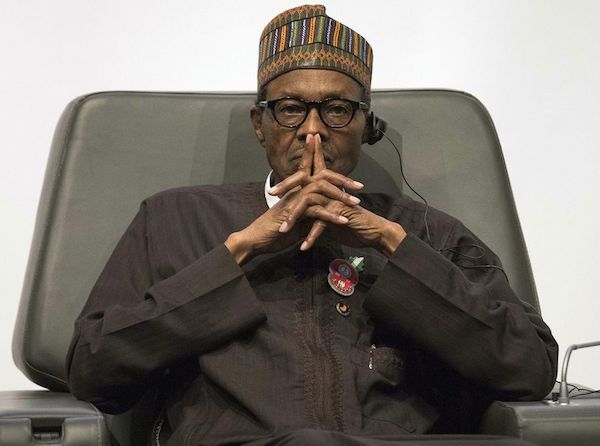 THE Presidency has once again made it clear that it would not consider the 2014 Confab report, despite calls from some quarters that the recommendations be considered and implemented. File Photo: Former President, Dr Goodluck Jonathan handing over reports of the 2014 National Conference to President Muhammadu Buhari Mr Garba Shehu, Senior Special Assistant to President Muhammadu Buhari, ruled out implementation of the report, Sunday night, when he appeared on Channels Television’s programme on Nigeria’s 57th Independence anniversary celebrations.

Asked why the Federal Government would not consider the report, Mr Shehu said: “It was not an inclusive conference. You very well recall that the leaders of our own party – whether ACN and all of that and the governors were missing from that conference. ‘’To make matters worse, the confab was heavily criticised but the Goodluck Jonathan administration went on with it. This (the confab) was lopsided in terms of representation, ethnically, religiously, regionally; and they were insensitive to all of these things and then they want to force it down the throats of everyone. That is why it’s a problem.” President Buhari and his administration had called on aggrieved people in the country to take their grievances to the National Assembly which it said had the constitutional backing to address such concerns. But there had been concerns that it would be impossible to get the National Assembly to make laws in line with the desires and wishes of Nigerians, especially as such laws may be detrimental to interests represented by the lawmakers. Shehu is not bothered by such concerns. Reason: “The members of the National Assembly are not aliens and they don’t come from the moon. They are Nigerians and they are representing definite constituencies in some of the states. So, they are serving the purpose of representation. Why can’t they be trusted?” The Presidential aide suggested that those behind the agitation in the country were those who had failed the nation in the past. “It is not like I have no respect for older people. But there are people who think that they have messed up this country so much that they now want to resolve the problems that they created and they are in a hurry to do that,” he said.