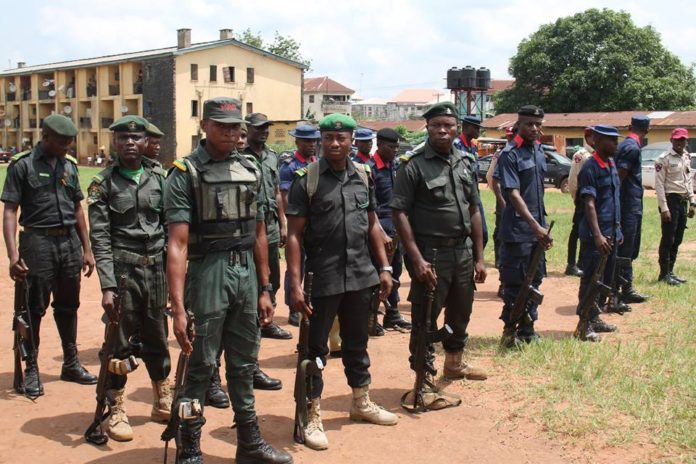 My name is Daniel Elombah, a UK based lawyer and publisher.

On the 1st day of January 2018, men of the Federal Special Anti-Armed Robbery Squad, SARS, numbering about 15 and armed to the teeth stormed our family compound in Edoji Uruagu Nnewi, Anambra state.

The men who struck around 5:am on the new year day climbed over the gate with their ladder and ransacked the entire house. At the end of the operation, 6 adult male members of the family including myself were handcuffed, herded into a rickety bus and driven to the SARS Nnewi office where we were briefly detained.

From Nnewi we were driven to the SARS headquarters in Awkuzu, near Awka, again without being told the reason for our arrest.

At the SARS state headquarters we were handed over to a different set of four armed men who were later identified as officers from the Special Tactical Squad, STS, a crack team of operatives directly in the office of Nigeria’s Inspector General Of Police.

Their team leader explained that the IGP personally ordered our arrest because my brother Tim Elombah, was accused of publishing an article on an online media, Elombah.com which article was allegedly aimed at blackmailing the IGP. We requested for details of the offending article but were told that we will be given the details in Abuja where we were headed shortly. The STS team leader thereafter released 3 of my brothers who were told to find their way back home to Nnewi, while the 3 of us namely: myself, Tim and Izuchukwu Elombah were herded in handcuffs into another Bus after we were briefly interrogated.

At this point I repeatedly requested to be told the offence for which I was arrested but was ignored. The allegation against Izuchukwu, a trader in Niger State was also not provided to us.

We left Anambra state and arrived at the STS Abuja office around 5:00pm.

My brother Tim who is also the editor-in-chief of the online news medium, Elombah.com was grilled for nearly three hours while I, and Izuchukwu were detained behind the Counter.

All of us were eventually interrogated separately for several hours. It thereafter emerged that my brother Tim was accused of publishing a defamatory article on a website. The article titled “IGP Ibrahim Idris’s Unending Baggage of Controversies” was published as an opinion piece on opinionnigeria.com, an online medium that was hitherto unknown to any us. Moreover the author of the said article was one Ebiowei Dickson, again a very strange name to the three of us.

My brother, Tim repeatedly denied writing the article which in any case was NOT published on Elombah.com. Tim also denied knowing the identity of Ebiowei Dickson.

Around midnight, my friend, Chief Obunike Ohaegbu who was a Federal Commissioner used his influence to secure my release and that of my brother Izuchukwu Elombah, but Tim Elombah remains in detention.

Let me emphasise that up till now the Police have not revealed to me and Izuchukwu our alleged offences. No one has informed me why I was abducted from my country home, handcuffed like a criminal and transported in a bus over a very bad road for 700 miles to Abuja. Izuchukwu was assaulted, slapped, punched and beaten. We were physically and psychologically tortured and traumatised! My mother’s blood pressure shot through the roof and she is presently undergoing medical treatment. Our children were traumatised at the sight of gun totting hefty men that we initially mistook for armed robbers or kidnappers banging at our doors and waking up the entire household in the wee hours of the morning of the new year day. My movement is restricted and I’m not allowed to leave the country. That means that I and my family could not travel back to London as scheduled to enable our children resume schooling. The schools resumed on Wednesday 3rd January.