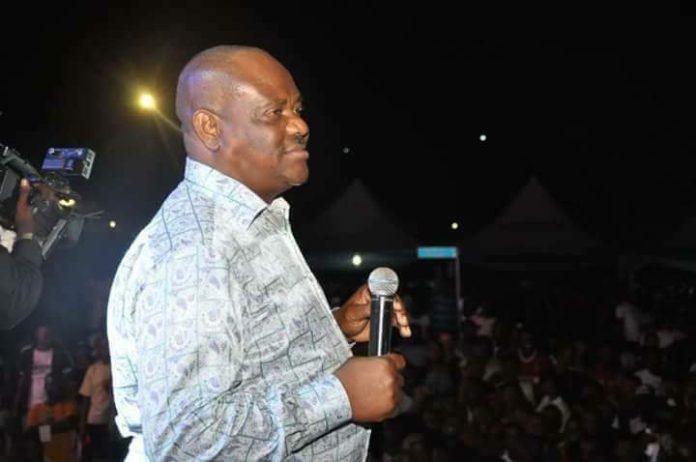 Thousands of Music and Comedy Lovers from Rivers and neighbouring states thronged the magnificent Port Harcourt Pleasure Park on Saturday night through to Sunday Morning to enjoy the bliss and glamour of a night with Governor Nyesom Ezenwo Wike.

For close to seven hours, international and Rivers based musicians and comedians thrilled the ecstatic crowd to wonderful tracks and jokes.

Addressing the crowd, Rivers State Governor, Nyesom Ezenwo Wike said the successful night-out is a further proof that Rivers State is peaceful and remains a destination of choice for lovers of entertainment.

He added that international entertainment events like a night with Governor Wike is another confirmation that the negative propaganda against the state has failed.

He said: “I am happy that this night turned out as successful as this. This has given me the opportunity to know many home-based artistes. We shall continue to encourage these home grown talents “.

The governor noted that the Port Harcourt Pleasure Park has proven to be an outstanding product of vision as it used to be a den of robbers, which has been converted to an international tourist attraction.

Governor Wike said that in two months, the International Standard Cinema and Restaurants located at the Port Harcourt Pleasure Park will come on stream to the delight of Rivers people.

“We will hold this type of concert more often. In the next two months, we will converge in this same venue for another concert “, he said.

Secretary to the Rivers State Government, Sir Kenneth Kobani noted that a Night With Governor Wike was designed to allow Rivers people to unwind with their governor.

He said the night was created to celebrate a performing governor who has improved the living standard of the people.

Falz Fires Up The Internet With ‘This Is Nigeria’