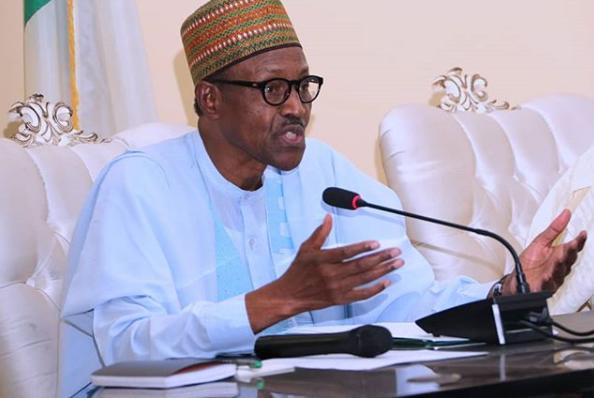 Catholic faithful in Akwa Ibom state on Tuesday asked President Muhammadu Buhari to resign over the gruesome murder of 2 Catholic priests and 17 parishioners by suspected Fulani herdsmen in Benue state.

This is as members of the church who trooped out in the hundreds stormed the streets of Uyo, the state capital in protest and solidarity with victims and families of the Catholic massacre in Benue.

The placard-carrying catholic leaders, priests, women, youths and children marched from the Uyo Diocesan headquarters at Brook Street with placards to the Government House, where they registered their complaints before governor Udom Emmanuel.

Some inscriptions on the placards read, “No to religious terrorism”; “Live and let’s live”; “No weapon fashion against Christians shall prosper”; “Say no to terrorism in places of worship”, Christian lives matter”; “No to ethnic cleansing”; “Human life is sacred”, etc.

Addressing Journalists, the Bishop of the Catholic Diocese of Uyo, Most Rev. John Aya, lamented over the collapse of security architecture in the country, noting that such lapses led to the invasion of the Catholic Church in Benue, where two Priests and 17 parishioners were killed by armed herdsmen.

He, therefore, urged President Muhammadu Buhari, to resign in line with the resolution of the Catholic Bishops Conference (CBC), noting that “any government that fails to secure lives and properties of citizens has failed and should resign”.

In the same vein, the Vicar General in-charge of administration in the Diocese, Donatus Udoette, urged Christians to remain calm in the face of these unprovoked attacks and admonished adherents to continue to rely on prayers, mass and rosary as their spiritual weapons.

“We want to live in peace. Catholics can’t carry arms for self-protection because our only weapons are prayers, rosary and mass. Therefore, we are asking Christians not to take up arms, but fight the battle with prayers and peaceful protest”.

However, Governor Emmanuel commended their peaceful protest over killing of Christians in the country and appealed to the Federal Government to step security in the country to forestall further killings of citizens some parts of the country.