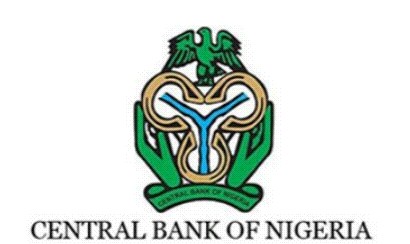 With election spending looming and the late passage of the 2018 budget, the Central Bank of Nigeria (CBN) has vowed to monitor and control spending in the coming months to save the economy from the adverse consequences of expansionary fiscal measures.

CBN Governor Godwin Emefiele told reporters at the end of the Monetary Policy Committee (MPC) meeting in Abuja: “We will be in control and monitor these activities and ensure that as these activities begin to unfold we, as monetary policy authority, will take action that will make sure that the adverse consequences that will arise from these expansionary activities will not impede our activities of bringing inflation down and achieve a stable exchange rate.”

That is why the MPC decided to retain the Monetary Policy Rate (MPR) at 14%, the CBN boss said.

The CBN Governor noted that “there are expansionary fiscal activities that we see, beginning from around May or June, this year; the fact that at this time we are still spending on 2017 budget; 2018 budget will hopefully kick in around June/July.  There will be an acceleration to the rate of spending and we also expect that there will be a lot of election spending.”

According to Emefiele, the MPC was worried over the potential effects of expansionary fiscal budget of 2018 and the liquidity impact of rising FAAC distribution, following increase in the prices of crude oil as well as the build- up in election related spending towards the 2019 general elections.

These, he said,  “expectedly, are meant to expand the economy and spur growth, which is commendable, but because price and monetary stability is our strong mandate, we do know that those expansionary fiscal measures will eventually lead to inflationary tendencies and, if that happens, may reverse the course of inflation upwards and put pressure on the foreign exchange market.”

As a result of these  findings and scary scenarios, the MPC, Emefiele said, “strongly deliberated and thought there was a need to tighten in anticipation of the occurrence  of these expansionary activities”.

On the Nigeria/China currency swap, the CBN Governor said the details of the framework would be released next week.

As a first step, he said, “the settlement banks have been chosen; they will be Standard Chartered Bank, and Stanbic Bank that has its own affiliate bank ICBC that is the Investment and Commercial Bank of China that will be the correspondent at the Chinese end”.

Emefiele assured Nigerians that the deal “can never be negative to Nigeria”. According to him, “how it works is that it will just operate the way normal Form M or LC (Letters of Credit) transactions happen”,

“Under the China-Nigeria deal, what we are saying is that Form M or whatever name it will be called by the time the framework is released, we will begin to see that Chinese suppliers will begin, based on the negotiations with their Nigerian importers, to issue invoices in Reminbi and if you consider that China is Nigeria’s largest trading partner, controlling close to a market share of about 25%,  what that means is that all things being equal, by the time we conclude the framework, we should see invoices more in Reminbi rather than in the traditional dollar.”

In Emefiele’s view, “it is going to be strongly positive for Nigerian imports and also for Nigerians; that is what we expect and we will ensure that we achieve that”.

The CBN chief maintained that “this was a negotiation that was painstakingly drawn, and I am optimistic that Nigeria will reap a positive impact from this and we do expect that by the time the framework is released, that Nigeria will end up being the Reminbi trade hub in the West African sub-region” .

His optimism  is based on the fact that “there are only three countries in Africa that are currently enjoying the swap deal between China and themselves (South Africa, Egypt and Nigeria); so, there is a lot of scope to go through it and for Nigeria to benefit from this arrangement and particularly not just in Nigeria but also West African sub-region.”

Asked how the apex bank hopes to creatively boost credit to the real sector, the CBN governor said that one of the creative ways to encourage Deposit Money Banks (DMBs) to increase credit to the real sector of the economy, will be to “come up with some prudentials that will relate loan/deposit ratio with the level of cash reserve that a bank pools so as to direct a bank or compensate the bank that has done a lot of work in boosting its loan/deposit ratio through compensating them”.

The compensation, he said, will come in the form of Cash Reserve Ratio (CRR) benefits to the DMB.

“Those who prefer to keep liquidity and trade in government securities or direct those to the FX market rather than grant a loan to the real sector will be penalised,” he added.

At the end of the MPC meeting, it was decided that MPR will be retained at 14 per cent, with one member voting for a reduction; CRR was also retained at 22.5 per cent and the liquidity ratio of 30 per cent; Asymmetric corridor at +200 and -500 basis points around the MPR.

The MPC urged the CBN to sustain this momentum and continue to boost investor confidence in the economy.

The Committee believes that growth remains largely fragile and could benefit from further reforms and stimulus.

In this regard, the MPC urged the various levels of government to accelerate the settlement of contractors’ debts and salary arrears as well as facilitate the quick implementation of the 2018 Federal Government budget.