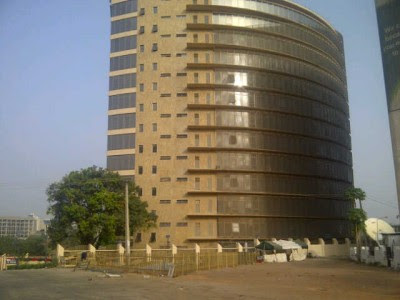 Banks are not keen on lowering lending rates even if the Central Bank of Nigeria (CBN) brings down its benchmark interest rate, investment and research firm Renaissance Capital (RenCap) has said.

The MPR has remained at 14 per cent since July 2016. Nigeria’s lending rates have remained one of the highest and have continued to hurt businesses’ ability to borrow and repay loans. Some banks lend to customers at between 30 and 35 per cent per annum, depending on the borrowers’ risk rating.

In a report titled: Sub-Saharan Africa: Has inflation bottomed? – Implications for monetary policy RenCap said interest rate for Nigeria would drop as inflation nears or gets to single digit.

“Over the past two years, we have seen inflation slow year-on-year in the countries we cover – from this decade’s peak of 13 to 14 per cent on average in mid-2016 to seven per cent in April. Except for Nigeria, we think inflation has bottomed. This is the reason why we believe the policy rate cutting cycle in Ghana, Zambia, Rwanda and Kenya, albeit short-lived, has ended. In Nigeria, where we think inflation has fallen further, we expect rate cuts to begin in July,” it said.

However, it said that rate cut is not likely to have a meaningful policy easing effect, as open market operations will keep yields elevated. “At our 16-18 May Annual Pan Africa 1:1 Investor Conference in Lagos, the banks said lending rates are unlikely to fall on the back of rate cuts, as Treasury bill yields are of greater influence.  They also do not see the CBN lowering the cash reserve requirement for fear of undermining the forex rate,” it said.

It said Nigeria is already near rate cut. In terms of slowing inflation, Nigeria is the exception in the countries under our coverage, in that inflation has yet to bottom. We see inflation slowing year-on-year to 10.8 per cent at year-end 2018, as against 12.5 per cent in April.

“The Central Bank of Nigeria’s (CBN) Governor Godwin Emefiele would like to cut the policy rate, when inflation falls to the low double-digits/high single-digits. We infer that to mean 12 per cent and below, which we expect from June. We see the policy rate being cut by one percentage point at the July and September meetings, respectively, bringing it down to 12 per cent at year-end 2018,” it said.

The report added: “We think this implies the impact on credit growth, which stood at 0.3 per cent year-on-year in March, will be small, at best. Lower yields will likely spur a pick-up in lending in 2018; the banks are guiding for 10 per cent credit growth. In 2019, we expect structural factors to keep inflation sticky at  11 per cent. So, expect no policy change,” it added.

The MPC on Tuesday, kept all policy rates unchanged as with all meetings since July 2016. The committee retained the Monetary Policy Rate (MPR)- benchmark interest rate at 14 per cent; Cash Reserve Ratio (CRR) at 22.5 per cent and Liquidity Ratio (LR) at 30 per cent as well as the retention of the Asymmetric corridor at +200 and -500 basis points around the MPR.

It said that much to the delight of policymakers in commodity exporting countries, oil prices hit $80.0/barrel mark last week – its highest since June 2014 – against the backdrop of the US exit from Iran’s nuclear deal as well as falling inventory levels and subsisting impact of OPEC’s production cut deal.

Coronavirus: We will not wait for FG in our quest to...