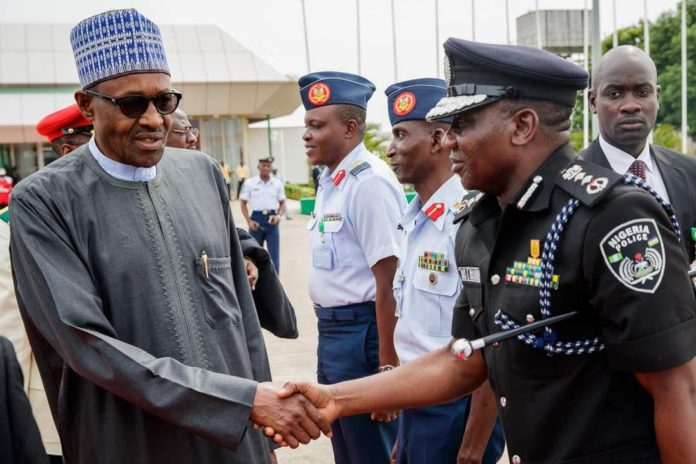 THE Predidency on Thursday denied the allegation that President Muhammadu Buhari altered the list containing names of the All Progressives Congress, APC, Convention Planning Sub-Committee by substituting and smuggling in some names of members.

The Special Adviser to the President on Media and Publicity, Chief Femi Adesina in a statement in Abuja, said that President Buhari in his characteristics nature does not interfere in the running of the party.

Adesina in the statement said, “We are constrained to deny media reports alleging that the Presidency substituted or smuggled in some names of members of the All Progressives Congress (APC) Convention Planning Sub-Committees.

“Nothing in the allegation can be further from the truth in every material particular. For the umpteenth time, we wish to reiterate President Muhammadu Buhari’s position that he will not interfere in party affairs or matters before the law courts.

“It ought to have been obvious by now to discerning Nigerians that it is not in the nature of this President to go against the provisions of the country’s constitution let alone his party’s constitutional provisions. “It is, therefore, disingenuous to attribute every perceived infraction in activities of party or government appointees to the President’s desk.”

The Presidency denial came on the heels of the allegation by some members of a faction of the Peoples Democratic Party, PDP, that left the party in 2014 under the name of nPDP and joined the APC to dislodge the then ruling party in 2015. The nPDP bloc claimed that their names were removed from the convention planning committee. At the inauguration of the convention sub-committees, in Abuja, it was gathered that some of those whose names were allegedly dropped from the committee launched a protest, accusing the Presidency of doctoring the list.

There was the allegation that several names initially published by the party were removed on the orders of the Presidency, a development hat left some of the members disappointed during the inauguration. A report had it that one of the protesting APC chieftains, who pleaded not to be named, said: “We were told that the wife of the President sent in about 50 names to be replaced from the original list.”

It was also gathered that members of staff of the national secretariat of the party were seen grumbling over their fate as they said they were not carried along in the process leading to the convention.