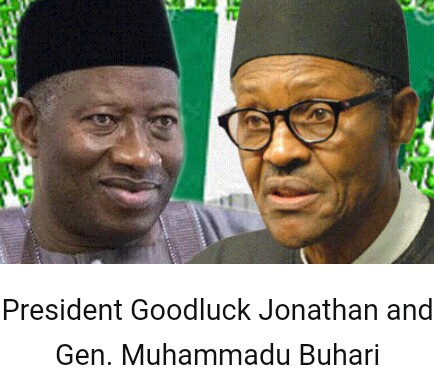 Former President Goodluck Jonathan has advised President Muhammadu Buhari to use his powers to strengthen democracy in Nigeria.

Jonathan gave this advice during the inauguration of the first flyover bridge in Ado-Ekiti, the Ekiti State capital.

“I call on Mr President to use his powers to strengthen democracy in Nigeria,” he said on Friday.

Jonathan believes that advanced countries of the world today achieved greatness from the selfless sacrifices made by both leaders and followers.

Part of the sacrifices made by their leaders includes not interfering with the democratic process that brings in successive leaders into office.

“All the great democracies you are seeing in the world, those great countries were built by people who made sacrifices to make their countries great.”

While admitting the pressure from different quarters on the President, Jonathan, however, reminded his successor that his deeds would go a long way in the nation’s history books.

He, therefore, called on Buhari not to bow to pressure by attempting to subjugate democracy in Nigeria, as doing that would amount to undermining the country’s path to greatness.

“I am using this opportunity to call on Mr President, I was there, and I know, when you are there, there is so much pressure from everybody to use all the powers you have to subjugate democracy.

“Don’t do that because what you go with is the name that you leave behind. If you use your powers negatively, posterity will haunt you.”

Jonathan also used the opportunity to commend Nigerian youths whom he described as great and hardworking people.

Although he admitted that the youths were confronted with challenges, especially not being encouraged with creativity, he called on governments at all levels to encourage them to be hardworking.

He further stated, “We have challenges – no power for creativity. With the limits we have, we know the great things you are doing.”

The former President expressed optimism that with the level of support by the people, the PDP is a party to beat in the forthcoming election.

Jonathan further called on Ekiti people to vote for the Peoples Democratic Party (PDP) in the July 14 governorship polls, while thanking them for their support to Governor Ayodele Fayose.

Insecurity: Buhari exposes Nigerians behind it