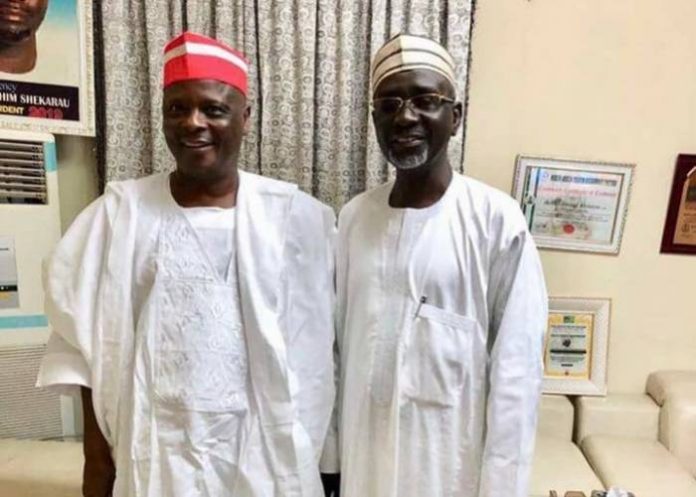 Newsmen had reported details of the prominent figures’ earlier agreement ahead of 2019.

The Saturday meeting was held at Shekarau’s Asokoro residence and it was prelude to an extended meeting with other party leaders.

Shekarau was quoted as saying there was “no hard feelings, and I don’t bear any grudge”.

Responding, Kwankwaso said he was at peace with Shekarau and that they would collaborate towards the success of the party.

Party leaders at the national level were said to have favoured Kwankwaso to have 51 percent stake in the party structure, having joined the party alongside nine members of the House of Representatives.

A source said: “The party leaders know the political weight of the senator. Aside his being a serving senator, he currently has a serving deputy governor, nine serving Reps and six serving members of the House of Assembly in his political kitty.

“Essentially, he is the most powerful force in the state today. This is what the party at the national level considered to cede the control to him”.

Kwankwaso, a Minister of Defence during the Olusegun Obasanjo administration, joined the APC with other aggrieved PDP governors on November 23 2013.