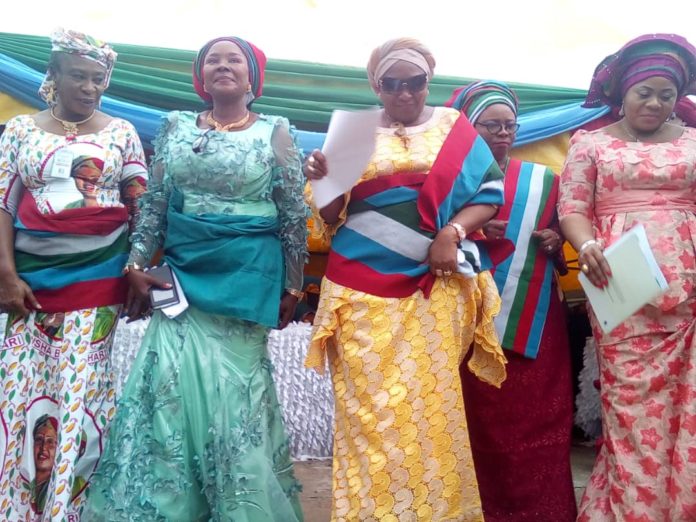 Pictorial highlights of APC Women’s summit with the theme; Women and democracy, harnessing the strength for national development at the state secretariat in Port Harcourt, Rivers State.

The summit which started with an opening prayer with one of the APC stakeholders in the state followed by an opening remarks by the wife of the former Governor of Rivers state and the present honourable minister, Rt Hon Chibuike Rotimi Amaechi.

Immediately after the wife of the former governor of rivers state presented her speech, the national women leader of the ruling party, Hajia Salamatu Baiwa who’s from Kogi State gave her key note speech.

All APC women leaders, forum, associations, movements etc were also in the event to show their support and solidarity to the summit.

The summit was primarily to sensitize the women in the state and also canvass for support from the women’s folks to vote president muhammadu Buhari and also support the governorship candidate of All Progressive Congress (APC) in the state.

Onnoghen: How toothache stops ex-CJN from appearing in CCT