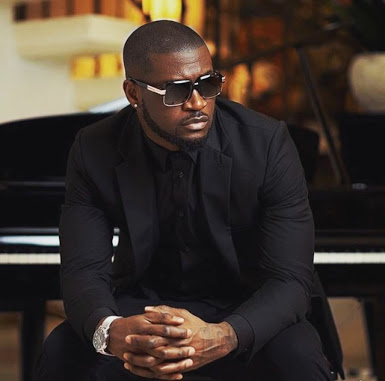 Peter Okoye, one of the members of the defunct P-Square, has given one condition for the group to come back together again.

P-Square was made up of twin brothers Paul and Peter Okoye and managed by Jude, their older brother.

They broke up for the third time earlier this year and have been doing their things separately.

However, their fans all over the world feel they were better as a unit but Peter, a.k.a Mr. P, explained that it was the disrespect directed towards himself and his family by other members of his extended family that pushed him to quit the group.

Peter said “Psquare can only come back if the respect comes 100 percent.”

He told Citizen TV, Kenya, “In life what we call family value is important.

“We’ve broken up three times and the same issue is still there. So if Psquare is going to come back we need to settle that issue. Psquare might come back, they might not come back.”

Peter said he must put his wife and children first because of the vow he made on his wedding day.

“I pulled out the plug because I felt the disrespect coming from my family (was) getting too much,” he said.

“There’s something we call marginalisation. Don’t ever be a slave because you want to be family.

“I don’t disrespect my brother’s wife neither, his family but he does that to me all the time. He’ll insult me and my family in public, on Instagram, and the next minute he’ll wait for me backstage for us to perform together.

“I can’t do that. One thing is for sure, I took a vow to protect my wife and kids the day I got married and I
stick to that,” he added.

BBnaija Housemate Ifu Ennada,Says She Is A Victim Of Rape