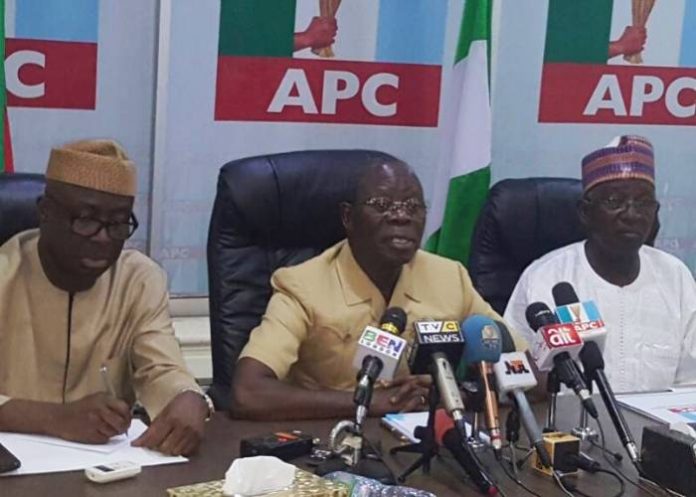 The All Progressives Congress (APC) has dissolved the executive committee of its faction loyal to Senate President Bukola Saraki.

Ishola Fulani Balogun, chairman of the group, has been replaced with Bashir Bolarinwa.

The dissolution of the state’s executive committee was contained in a notice dated July 30 and signed by Adams Oshiomhole, APC national chairman; and Mai Mala Buni, national secretary of the party.

The national working committee (NWC) of the party said the decision was taken following some irregularities.

The development comes 24 hours after Lai Mohammed, minister of information, called for a dissolution of the state exco over alleged anti-party activities.

“The committee also reviewed the actlons of some leaders of the party that emerged from the above congress who participated In an open rally calling on the senate president to decamp to the PDP,” the notice read.

“The national working committee (NWC) after a careful and exhaustive deliberation on this and other developments in the state chapter of the party, and pursuant to the provlslons of Article 13.4 (xvi) and (xvii) of the party’s constitution invoked it’s power as enshrined therein and hereby resolve as follows

“That Hon. Bashir Bolarinwa shall and is hereby appointed as the chairman of the caretaker committee of the state executive committee of APC in Kwara state. This shall take immediate effect.”

On Sunday, Mohammed asked members of the APC loyal to Saraki to either resign federal government appointments or risk being sacked.