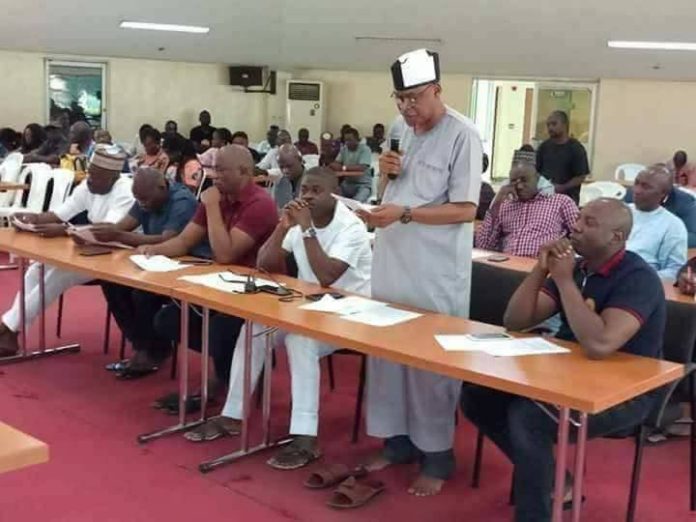 The authentic Benue State House of Assembly members have just suspended the seven members that had a kangaroo seating aided by the Nigerian police for the period of six Months. They include the following:

The suspension motion was moved by the majority leader of the house Rt. Hon. Hon Avine Agbom and seconded by Hon. Ianna Jato.
Recalled that the former speaker of the assembly was impeached last week with the majority of 22 members who append their signatures to that effect.

Note also that a Makurdi High court presided by Hon. Justice Adam Onum, the Benue State Chief Judge issued an injunction restraining the impeached speaker Hon. Terkimbi Ikyange from parading himself as the speaker and to return all government property in his possession to the assembly.
The plenary is adjourned to 21st of August 2018

Kogi: PDP To Clear Workers Salaries on Assumption of Office

Buhari Can Order The Nigeria Army To Produce His Certificate If...