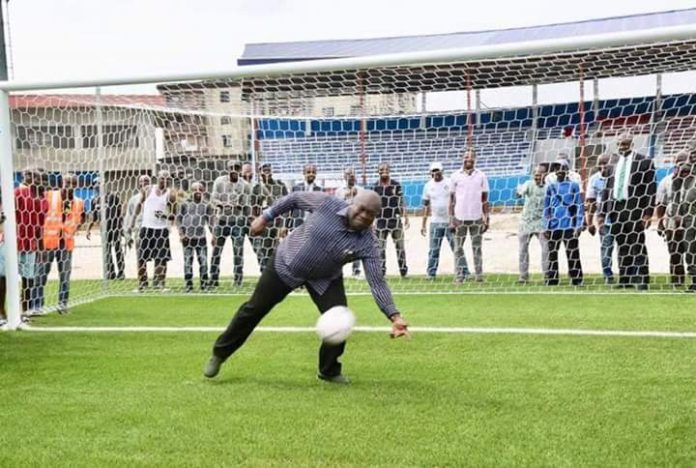 The multi-millions naira new Enyimba Ultra-Modern Stadium Aba is billed to be commissioned by the Abia State government in September this year.

Commissioner for Information in the state, Honourable John Okiyi Kalu disclosed this on Wednesday while speaking with journalists in his office.

According to him, 98 per cent of work at the stadium has been completed adding that CAF officials will come on an inspection of the stadium before the commissioning.

He disclosed that the new stadium located at a serene environment in Aba, commercial nerve centre of the South East has 20,000 seats capacity.

Kalu further disclosed that already commercial traders have started trooping to the stadium to re-establish business location ahead of commencement due to provision of five-star facilities built in and around the place for commercial purposes.

He maintained that government does not believe in building gigantic projects adding that the September period was to enable the players to carry out training in the new stadium at least one month before the official opening.

Buhari Approves Appointment Of Justice Mensem As Acting President Of The...