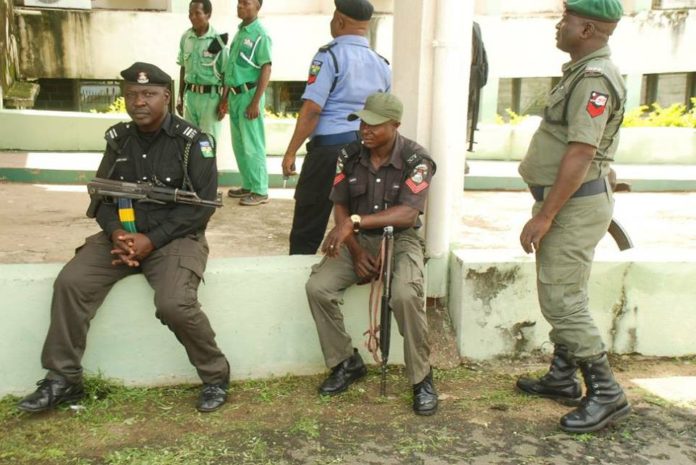 The heavily armed officers are seen at the entrance of the House of Assembly, while others blocked the road from the popular Benue Hotel gate.

Some lawmakers were denied entry into the legislative chamber for plenary while six others were allowed entry.

The lawmakers denied entry are the 22 lawmakers who impeached the former Speaker, Terkimbi Ikyange. 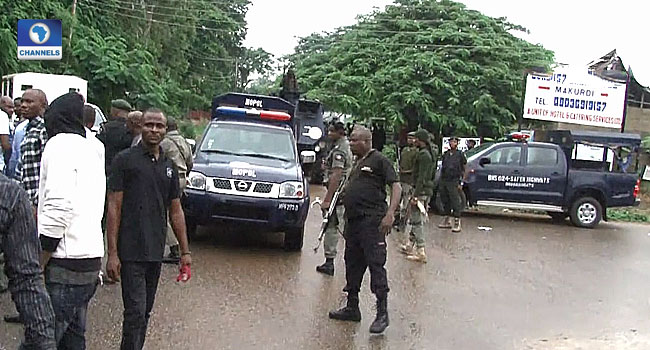 The protesting youths are aggrieved over an alleged plot by some lawmakers to begin impeachment proceedings against Governor Samuel Ortom.

Efforts to reach the Commissioner of Police in the state, Besan Gwana, proved abortive as call put through his mobile phone were not answered.

This is the second time police officers will storm the Benue Assembly complex within two weeks.

On Friday, July 27 police officers barred 22 lawmakers who impeached Ikyange as Speaker of the Assembly from gaining access to the legislative chamber for plenary.