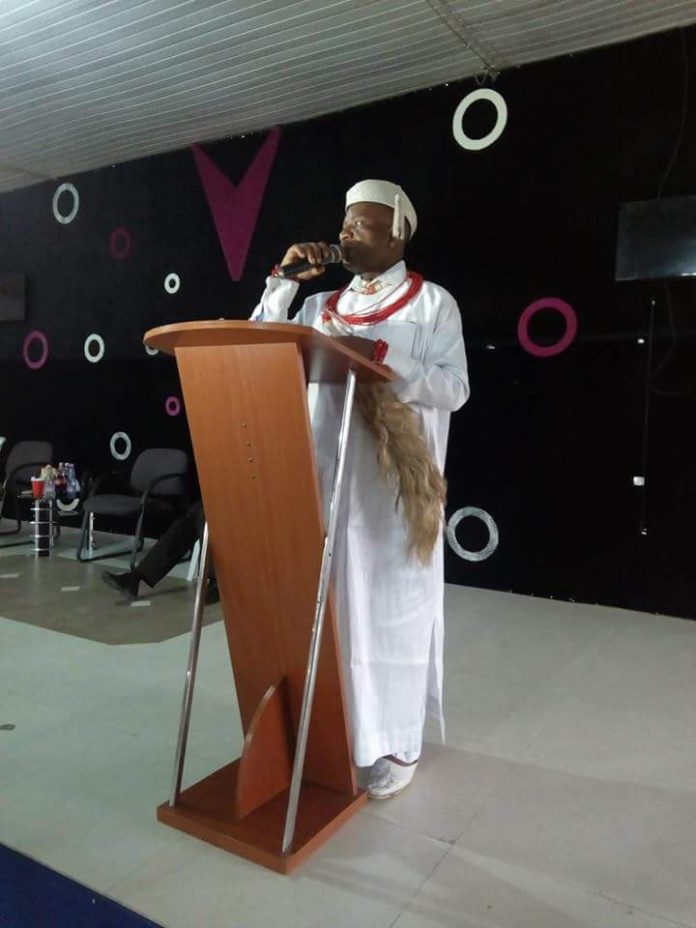 The Igbu Upata Kingdom has concluded plans to empower more youths drawn from her 21 towns and villages and other parts of Ekpeye communities through skills acquisition programmes.

The launch of the talk show titled: “Discovering Your Vision and Potential As A Youth” which attracted youth leaders across Niger Delta communities, was witnessed by traditional rulers and from corporate institutions.

The initiative was founded by Mrs. Christy Otuwarikpo George and was designed as part of efforts at assisting the youths shun cultism and other vices through the discovery of self sustaining potentials.

Otuwarikpo who, flagged off the event on behalf of His Imperial Majesty, Eze Robinson O. Robinson, Eze Ekpeye Logbo II also called on youths to quit cultism, armed robbery and other crimes for a descent living, stressing that the talk show affords them another opportunity to restrategise for a sustainable lifestyles.

He said the programme was in line with his vision to speedily end endemic poverty, unemployment and youth restiveness which impinges on development in Igbu Upata Kingdom and the entire Ekpeye land.

He outlined his policy thrust: “I and my traditional cabinet have since September 16th when I was coronated given scholarship to 48 indigent sons and daughters of Igbu Upata; 38 youths have graduated on various skills, another set of 30 will soon graduate and a further 30 are on standby to start skills training. In our calculation, we want many of our youths to be self reliant and the whole idea is to move away from relying on oil.

“We want to ensure that our youths and women in Ekpeye are massively empowered and trained in sustainable skills for them to be gainfully employed. Some are undergoing training in tailoring, carpentry, POP ceiling, tiling, electric wiring and other entrepreneurial skills in a bid to develop home grown artisans.”

Eze Otuwarikpo continued : “In line with our order of preference, we are going to launch an educational programme soon in Igbu Upata. That your parents do not have money must not be a barrier. As a people, we don’t want to rely on thinking outside the box,our thoughts are global. We plan to cater for our people, the future remains our concern and so, the youths must key in to the new drive of projecting Ekpeye for greatness. Ekpeye is now more united under our father, His Imperial Majesty, Eze Robinson,the Eze Ekpeye Logbo II.”

He commended the Guest Speaker for putting together a programme that strikes balance with the overall objective of the new Ekpeye, lauding the youths for their large turn out.

In her submission, the Kristimosos Logistics founder, Mrs. George said her pet project, which focuses on waking the creative and self sustaining potentials in the youths could, when properly harnessd reduce to the barest minimum crime in the society.

She said her organisation is determined to help the youths and other development partners to eradicate poverty in the region, informing that her primary goal was to enable youths and women have access to empowerment opportunities through vocational training.

Speaker after speaker agreed that with the right potential and competence, people are better prepared for livelihood and active citizenship; they also have better opportunities of finding and keeping good jobs.

Kristimosos Logistics is championing this course by supporting and complementing the traditional institution through assisting the youths deploy their potentials aimed at promoting career opportunities.