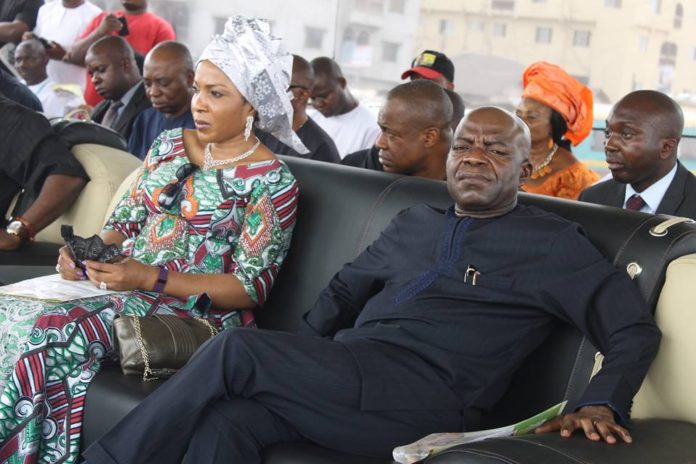 Ahead of the 2019 General Elections in Abia State,the World Igbo Congress has dumped the Governorship aspirant of the All Progressive Grand Allaince(APGA) Dr Alex Otti over his 2019 ambition.

The Wolrd Igbo Congress described the claims of Dr Alex Otti of winning the Abia State Governorship seat in 2015 as a Comic Relief.

In a Statement made available to PUO REPORTS on Tuesday and Jointly Signed by Mazi Alex Okemiri National President of World Igbo Congress,Comrade Sunny Okeh National publicity secretary and Michael ikpe Jnr Abia state Chairman of World Igbo Congress said”The emotion and fake hype he is trying to raise on this matter is regrettable and soon he will realise that Abians are not given to undue emotions but to hard truth and facts”

”In law, those who come to equity are expected to come with clean hands. Dr Alex Otti who has been claiming to have won the 2015 gubernatorial election in Abia state and was robbed of victory presents a comic relief by this spurious assertion. On what basis or fact he makes this phantom claim no no one knows. He postures himself as a messiah and the opium of the masses , but the truth is far from that. As the Managing Director of a bank in the past , it was known that he hobnobed with and protected some politically exposed people. He cannot claim innocent of the fiscal and financial higgery pokkery of some corrupt politicians that time”.

”He claims to have won the 2015 gubernatorial election in Abia state. Where are his facts and figures. How can he base his facts from here-say when courts of competent jurisdiction in Nigeria proved that Dr Okezie Ikpeazu won him hands down”.

The Body said despite the fact that Dr Alex Ottti Reserves the right to Re-Contest the Governorship Election,he was not the messiah Abians Need.

”The hard truth and fact is that WORLD IGBO YOUTH CONGRESS worked for DR ALEX OTTI,in 2015 and mobilised Abians based the charged atmosphere of changing The leadership of then PDP, but unfortunately We lost , irrespective that Alex Otti is a financial guru and have the constitutional rights to contest again in 2019, but He’s not the Messiah Abians are looking for in 2019,the odds are against him, in 2015 he had better opportunity but in 2019,he’s trying to imposed himself on Abians, after his declaration  at Aba,we that mobilised the crowd outside Abia knows he’s relying on non Abians to install Governor 2019”.

”WORLD IGBO YOUTH CONGRESS, state categorically that Alex Otti will make a better Finance Minister than a Governor in 2019, he should forget this pipe dream, some controversies around him like the Abbott Will, Ceramic industry loan and the Acclaim 100b loan he claimed he secured in 2015 to develop Aba and its turn of Abia South in 2019 based on Abia charter of Equity”.

The Body said its Support for Dr Alex Otti has been withdrawn with immediate effect.

”We don’t have any candidate yet for Abia 2019,but certainly we have withdrew our support from Alex Otti ambition 2019,and Urge our members in Apga and allies that together we will gather and choose who will get our votes in Abia in a fortnight…..
Long live Ndigbo”.