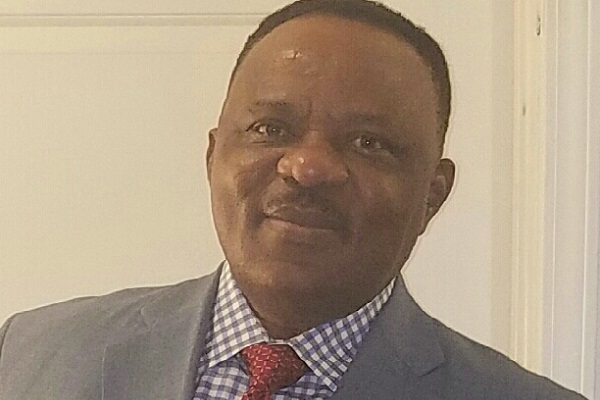 A presidential aspirant under the All Progressives Congress, Dr. SKC Ogbonnia, has provided several reasons he believes the national Chairman of the party, Comrade Adams Oshiomhole, lacks the capacity to lead the APC.

In a statement he forwarded to us on Tuesday, Ogbonnia said he was responding to an earlier attack directed towards him by Oshiomhole.

He also maintained that President Muhammadu Buhari lacks what it takes to lead a twenty-first century Nigeria.

According to him, ” My attention has been drawn to a press statement signed by Simon Ebegbulem, Chief Press Secretary to the Chairman of our great party, the All Progressive Congress (APC), Comrade Adams Aliyu Oshiomhole, disparaging my person.

In the said statement titled ‘Why unwarranted attacks against Oshiomhole will fail’, I was portrayed as one of the ‘mischief makers in the opposition PDP who are marauding as APC members..’ It added that I sat idly by while crisis was rocking the party.

”People like SKC Ogbonnia and his cohorts were on this earth when the crisis were brewing and they never said a word to those saddled with the responsibilities of finding solution to the problem.’

“Frankly, it has become obligatory to inform the chairman that he is becoming an embarrassment to the party. This latest outburst against a presidential aspirant only goes to show that Mr. Oshiomhole lacks the intellectual capacity to lead a ruling party.

“If not, before rushing to the press, the Oshiomhole’s team ought to have done some research on my background, including what I did or did not do before our victory in 2015 and throughout the crisis that has exacerbated under the current leadership. In short, any genuine effort could have apprised Comrade Oshiomhole that I have contributed more to the growth of APC than himself. But it is easy for a then to become a forgettable history.

“Now, my sin is that I am a patriotic Nigerian and happen to belong to the patriotic wing of the APC, and my politics is committed to professing the truth without minding whose ox is gored. The truth in this whole saga is based on the following objective facts:

“President Muhammadu Buhari no longer has what it takes to lead a 21st Century Nigeria and must not be the nominee of our great party in the 2019 presidential election.

“SKC Ogbonnia is best choice for the party at this point in history; the Nigerian masses—from all regions—are yearning for a dynamic, visionary, charismatic, and detribalized leader with the capacity to unleash the abundant potential of Nigeria to greatness.

“Nominating Buhari over SKC Ogbonnia can bring PDP back to power and, by consequence, worse than the annulment of the June 12 election.

“President Buhari is the real problem in APC; his second term bid is ill-advised and central to the crisis rocking the party.

“Adams Aliyu Oshiomhole was elected chairman for all APC members, not an emperor for the inordinate ambition of President Buhari for second term in office.

“Oshiomhole’s war with other APC presidential aspirants, besides Buhari, negates a principal vision of the APC to promote rule of law and internal party democracy.

“Oshiomhole’s leadership style since assuming office, typified by a pattern of reckless utterances and intimidation, is an embarrassing failure which, of course, hastened the mass exodus of members to the opposition ranks.

“I must not conclude without giving credit to where credit is due. I am at home with the line that suggests that Oshiomhole has what it takes to crush PDP, for good, based on the claim that the comrade “brought the PDP godfathers to their kneels” during his time as governor of the great state of Edo. Interestingly, shaming the same PDP at the 2019 poll is what I am set to do. But charity begins at home.

“I will begin by ushering in true reforms to the APC where the same Oshiomhole appears to have graduated into a grandiose godfather and now joining to form a wall against the younger generation of leaders.”