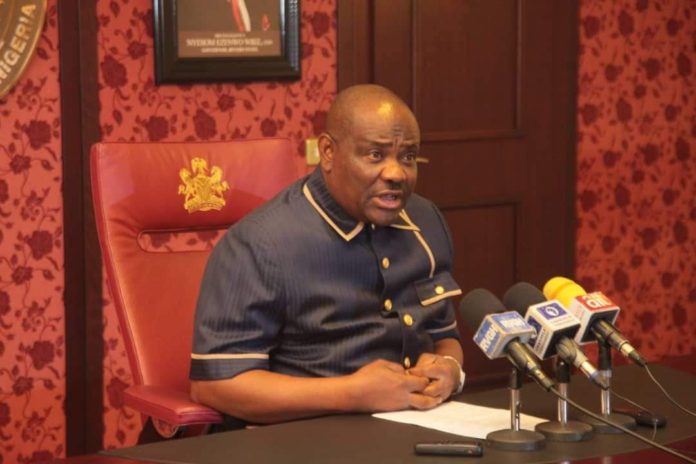 Rivers State Governor, Nyesom Ezenwo Wike has declared that the defection of Sokoto State Governor, Dr Aminu Tambuwal to PDP is a victory for democracy, noting that every right thinking Nigerian should work in unity to salvage the country in 2019.

He said: “This is a victory for democracy. There are lots of Nigerians who believe that the right thing should be done. What the Sokoto State Governor has done, is the right thing.

Governor Wike said things have degenerated to the level that all Nigerians must resist intimidation and work for the good of all.

“I am aware that with what he has done today, the next line of action, the APC Federal Government will unleash the EFCC on Sokoto State Governor and his government.

“There are so many Nigerians who are waiting. I encourage them to be a part of history. If you don’t come out to support what is happening for Nigeria to regain its glory, when the history is written, your name will not be there”, Governor Wike said.

He said that Nigerians should not be swayed by claims that the APC leaders are not worried. The governor added that Tambuwal as speaker of the House of Representatives led the formation of the coalition that prompted the victory of APC in 2015.

He said that the negative actions of the failed APC Federal Government is threatening the root of democracy in the country.

“Democracy is under threat in Nigeria. Nobody obeys court judgments. Nobody obeys the rule of law. If you say anything they come after you. That is no democracy. Democracy means allowing people to have different opinions”, he said.

“I am ready to be part of history. I am ready to be part of the positive change in the country in 2019. Some governors who cannot win elections based on their performance are merely hanging on because they believe that if Buhari runs, they will win. Those who are left in APC , are afraid of intimidation by the EFCC. Some people are lilly-livered, so they cannot come out”.

The governor said that the Deputy Senate President, Senator Ike Ekweremadu is simply facing political intimidation because of political developments in the country.

“APC should be celebrating Jonathan because he could have done the same things they are doing today”, he said.

Governor Wike said that all PDP leaders are working as a team to ensure victory in 2019. He said the defections are a collective response to the failure of governance at the National level where there have been no projects delivery or security across the country.