Home PUO POLITICS Abe ruined his governorship chances by not supporting Peterside in 2015 –... 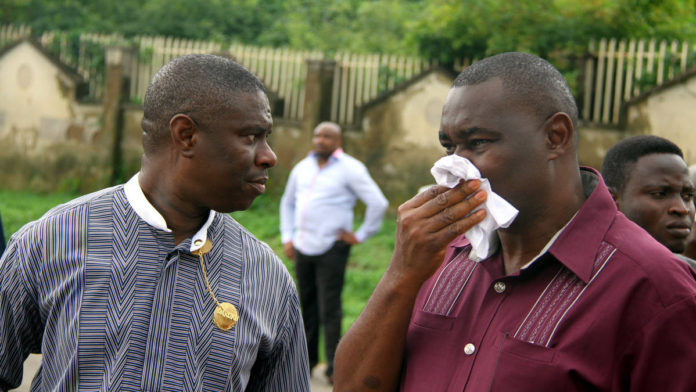 A chieftain of the All Progressives Congress, APC, Chief Eze Chukwuemeka Eze, has berated those blaming the current challenges facing Senator Magnus Abe over his gubernatorial ambition on Nigeria’s Transportation Minister, Rt. Hon. Chibuike Rotimi Amaechi, rather saying that Abe is the architect of his travails.

Eze, in a statement he signed and circulated to media organisations, revealed that APC had worked out a formula where Dr. Dakuku Peterside, its gubernatorial candidate in the 2015 election, would complete his terms in office, whenever elected as governor, while Abe would take the ticket later as that would have both satisfied the riverine agitation, answered the Ogoni Question and pacified the South East senatorial district. “But Abe worked against it in 2015 by refusing to support Peterside, and by so doing, undermined his own ambition”, Eze argued.

According to Eze, an ally of the key actors in Rivers APC, the three major unresolved issues facing Rivers State politics which he said are the sharing of political power along the upland and riverine dichotomy; the challenge of the South East senatorial district that have not produced an elected Governor since the creation of the State in 1967 coupled with the fact of Ogoni not producing a governor since the creation of the state on May, 27th 1967, were to have been resolved under the APC formula.

It can only take a sagacious, patriotic, practical, concerned and seasoned political leader like Rt. Hon. Chibuike Rotimi Amaechi to find a solution to such seemingly sophisticated and impossible challenge facing Rivers State as stated above.

“In this regard, by Dr. Dakuku Peterside, who is from Rivers South East senatorial district that had yet to produce an elected governor, and the riverine area of the state, serving his full terms in office, a solution to this seemingly impossible situation was proffered.”

Eze continued: “Amaechi, whose love for Senator Magnus Abe knows no bound as he had maintained at various fora, had devised the means to address the issue of the Ogoni not producing a governor for the state since 1967 by positioning him to fly the flag of APC after Peterside may have ended his governorship, but sadly, Abe worked against it.

“So it beats my imagination for Abe and his team to continue to deceive outsiders that Amaechi is against his gubernatorial ambition to govern Rivers State instead of telling the world that he personally scuttled this holistic arrangement that would have addressed the issue of Ogoni once and for all.

Eze expresses sadness that instead of Senator Magnus Abe to adhere to wise counsel and engage the Elders and political leaders in Rivers State to dialogue on whatever maybe the issues between him and his brother, Rt. Hon. Chibuike Rotimi Amaechi prefers to set up a mischievous Media Team under a cancerous Media strategist, Mr. Friday Kennedy to be spewing out venomous, toxic and negative reports against the Minister of Transportation and leader of APC in Niger Delta region on daily basis. “I just wonder how such a plot or sponsored attacks against Amaechi could help his gubernatorial aspiration