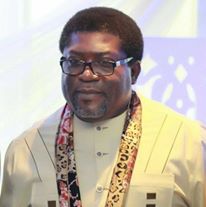 It was widely reported that the Imo State House of Assembly impeached or purportedly impeached the Deputy Governor of Imo State. Consequent upon the alleged impeachment, Governor Rochas Okorocha appointed a new Deputy Governor who is yet to be sworn in as a result of Judicial intervention. Report has it that the Governor has finally summersaulted to obey the Order of Court which ordinarily should have frustrated the commencement of the impeachment process. In view of this latest development, certain pertinent questions are begging for answers.

The aforementioned questions cannot be rightly answered without recourse to the Constitution of the Federal Republic of Nigeria, 1999 ( As Amended )

” ……..and if by a resolution of the House of Assembly supported by not less than two-thirds majority of all its members, the report of the Panel is adopted, then the holder of office shall stand removed from office as from the date of the adoption of the report.”

If it is true that the House of Assembly of Imo State followed the Constitutional procedure as stipulated under section 188 of our Constitution and indeed moved the Chief Judge of the State to set up a Panel that forwarded a report that was adopted by the House, it simply means that the impeachment was successful. The adoption of the report of the Panel by the House automatically removed the Deputy Governor as can be gleaned from sub section 9 of section 188 of our Constitution cited above.

And when such adoption is made by the House pursuant to sub section 9 above, sub section 10 of the same section provides that no COURT should entertain any matter relating to the impeachment process. For clarity, hear our laws:

” No proceedings or determination of the Panel or of the House of Assembly or any matter relating to such proceedings or determination shall be entertained or questioned in any Court.” In other words, the adoption of the report is the final decision of the House which cannot be litigated upon in any Court in Nigeria. The implication is that the holder of such office ceases to be the holder of that office. It therefore implies that the Governor, who has agreed to obey the Order of Court by not swearing the new Deputy Governor, is operating without a Governor at all.

This therefore leads us to the second question as to whether a Governor can operate without a Deputy. This question is very clear. There can never be a Governor without a Deputy Governor. We can trace this down to section 187(1) of the same Constitution. For clarity, that provision says:

But looking at the facts surrounding the impeachment process from another angle, one needs no soothsayer to conclude that the impeachment was a mere exercise in futility. A Deputy Governor cannot be impeached without the Chief Judge of the State setting up a Panel that will comprise persons who in his own opinion are of unquestionable integrity, not being members of any public service, legislative house or political party. ( See section 188(5) of our Constitution ).

The resultant effect is that the Deputy Governor- Madumere remains the Deputy Governor of Imo State and must be treated as such with all constitutional rights and privileges attached to the office of the Deputy Governor. Failure to treat him as such, the Governor’s continued stay in that office without a Deputy Governor is illegal. Having decided to uphold the rule of law by obeying the sacred Order of Court, he should reinstate his Deputy Governor and declare the action of his Legislature a horrible practice in our modern day democracy.

How Udom Changed The Face Of Akwa Ibom Health Sector… By...