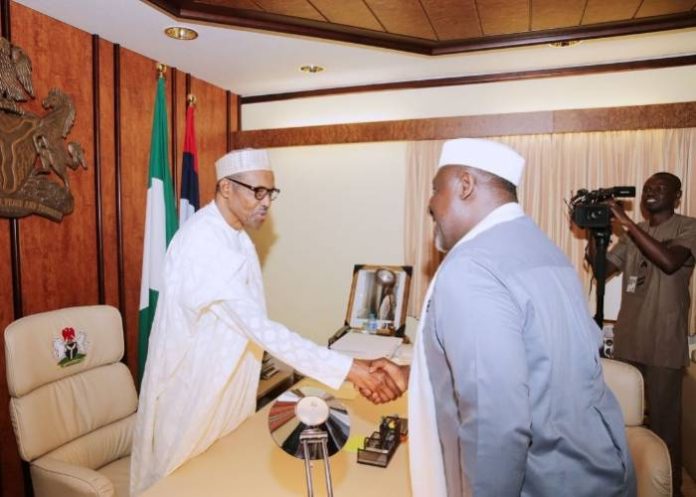 The Chairman of All Progressives Congress (APC) Governors’ Forum, Gov. Rochas Okorocha of Imo, has assured that no governor will defect from the party anymore.

The governor gave the assurance at the end of a closed door meeting between President Muhammadu Buhari and APC governors at the presidential villa on Wednesday night.

Okorocha, who briefed State House correspondents on the outcome of the meeting, said they deliberated on the defections of two of their colleagues.

“Two of our colleagues left our party. This is politics, it is unfortunate that they have to go.

“We have 22 states, 53 senators now. Nobody is leaving the party anymore. Those who have left, we are aware that they will leave long ago.

“President Buhari means well and he is willing to fight corruption and you all know if you are fighting corruption, it will fight back.

“This is what’s happening,’’ he said.

The APC National Chairman, Adams Oshiohmole, who also spoke on the outcome of the meeting, said the governors were on a solidarity visit to President Buhari.

However, Gov. Abdulaziz Yari of Zamfara, who is the current Chairman of the Governors’ Forum as well as governors of Bauchi and Yobe states were absent at the meeting.