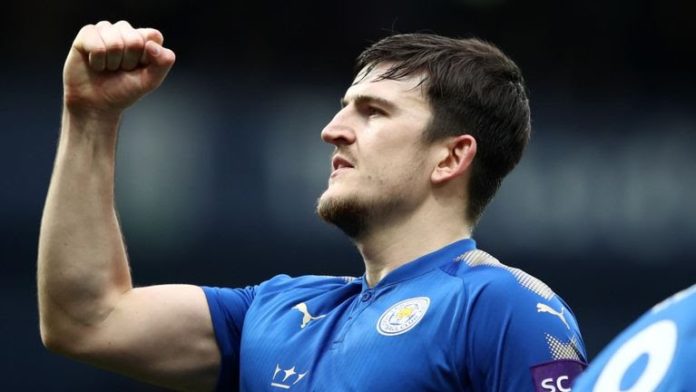 Leicester City boss Claude Puel has joked that Manchester United were simply “making trouble” as they made an approach for centre-back Harry Maguire.

The 25-year-old enjoyed a terrific World Cup campaign with England, who finished fourth in Russia, and was the subject of a bid by the Old Trafford club.

The 2015-16 Premier League champions, however, rejected the approach and with a week left of the transfer window, the Red Devils are assessing other options as they do not want to meet their rivals’ £75m ($99m) valuation of the player.

Puel, meanwhile, has laughed off the suggestion that Maguire might have been bound for Jose Mourinho’s side, joking that he felt that United were simply trying to disrupt his team before they meet on Friday, August 10 in the opening round of Premier League fixtures.

“I think perhaps United wanted to make trouble before our game,” he told Sky Sports.

“It’s not the thing to try to make trouble but I think he’s a better player for us.

“It’s our intent to keep him and just a few days before the start of the season it would not be a good thing for the squad, for confidence and for Leicester Football Club.”

Indeed, Puel believes that it is essential that his side do not lose any more of their star performers before the end of the window, having sold Riyad Mahrez to Manchester City for £60m ($78.5m) in July.

“If we keep our best players we can do something interesting,” he said. “We lost Riyad and we know the importance of this player but we cannot lose another important player for this team.”

Maguire and England team-mate Jamie Vardy will only return to training for the Foxes next week after their exploits in Russia, and as a consequence both will be unavailable for the opening match of the season against United.

Puel will take his Leicester side to his former club Lille on Saturday for their final pre-season match of the summer, having seen his men beat Notts County and lose to Udinese – a match sandwiched between draws against Akhisarspor and Valencia.

The Frenchman has completed several big signings over the summer, securing the services of Jonny Evans from WBA, Ricardo Pereira from Porto and James Maddison from Norwich.