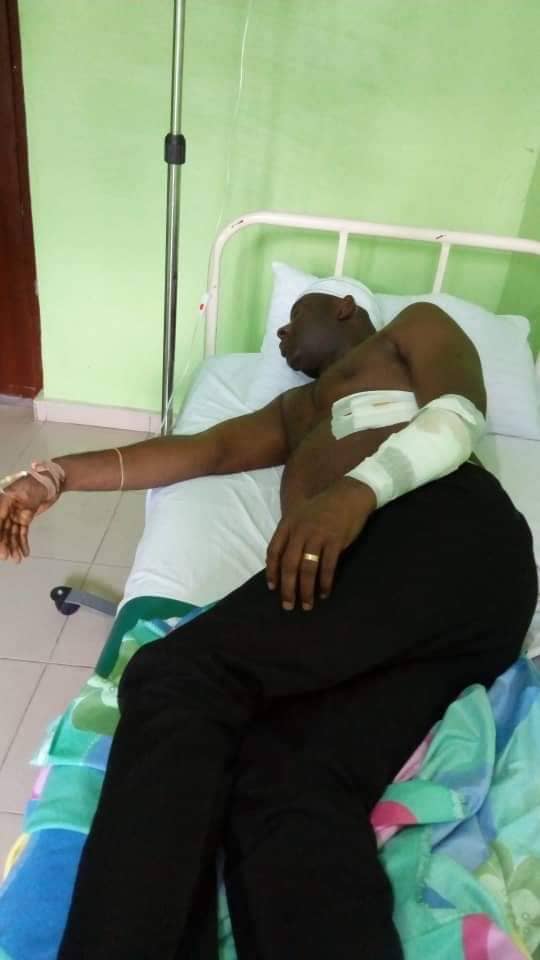 Igbere Tv has obtained exclusive pictures of the embattled self-acclaimed Speaker, Nse Ntuen, a former member of the Akwa Ibom State House of Assembly who was hospitalized after bleeding profusely from deep cuts he received while scalling the walls of the Assembly complex today.

The former lawmakers however absconded through the back door, scalling the barbed wire  fence when the Speaker,  Onofiok Luke and other members of the Assembly arrived.