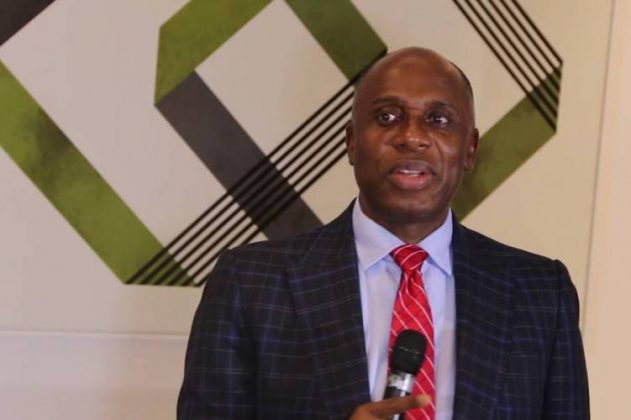 The Minister of Transportation, Mr Rotimi Amaechi, has denied the alleged exclusion of Eastern rail line from Port Harcourt to Maiduguri in the ongoing nationwide rail construction and modernisation.

He made the denial when he appeared before the Senate Joint Committee on Land Transport, and Local and Foreign Debts, chaired by Sen. Gbenga Ashafa.

Amaechi said contrary to the claim of exclusion, there was only delay in the execution of the project.

He said the delay was due to bureaucratic bottlenecks caused by the Public Procurement Act.

According to him, the Public Procurement Act is very tedious, stressing “it takes a long time to conclude the process”.

Amaechi added that the railway project was capital intensive, noting that the Federal Government did not have sufficient fund to implement the project across the country at the same time.

He explained that following the paucity of funds, the government decided to adopt a systematic approach in the project execution.

He further explained that the government could only apply funds to projects as loans were approved.

“The president insists on rule of law and the law passed by the National Assembly in terms of public procurement is very tedious and not easy to conclude; it takes a very long time.

“We have met with the consortium handling the project for nearly two years.

“Secondly, in that meeting we had in 2017, I reassured our people that they are not more Igbo than I am.

“Let me make it clear, the country does not have the resources to do railway in every village. It is not possible. 2.7 billion dollars is one trillion Naira.

“So, for the railway you want to do from Port Harcourt to Maiduguri is about 12 billion dollars and that is one year budget of Nigeria.

“Therefore, everything is done systematically. We cannot do all the projects at the same time.

“What we are doing is as we get the loan approved, we execute the project. Currently, we are following due process for the one of South-East.”

He also said:“Currently, we have placed an advertisement on the Eastern Rail lines.

“Sometime in 2017, we placed an advertisement for rail from Port Harcourt to Maiduguri and that is what the law expects us to do. We cannot skip the law on construction of standard gauge.

“Again, even the narrow gauge construction does not only concern the South East.

“I do not know what other things the Senate expects from me on this project except to say that it is work in progress.”

On the insinuation that General Electric (GE) had pulled out of the project, Amaechi explained that the company handed over the contract to another company because it was no longer in the transport business.

“It (GE) handed over the job to another sister company in the consortium which is Trans-net.

“The total cost of the project is 2.7 billion dollars and it is a private partnership agreement,” he said.

The Chairman of the Committee, Sen. Gbenga Ashafa, urged the minister to ensure that no section of the country was excluded from the rail project.

The Senate had mandated its committee on Land Transport as well as Local and Foreign Debts, to summon the minister.

The joint committee was mandated to get clarification on the alleged exclusion of Eastern rail line in the nationwide railway projects across the country, captured in the foreign loan obtained by President Muhammadu Buhari for that purpose.

Sen. Enyinnaya Abaribe (PDP-Abia) had raised a similar motion at plenary in 2017.