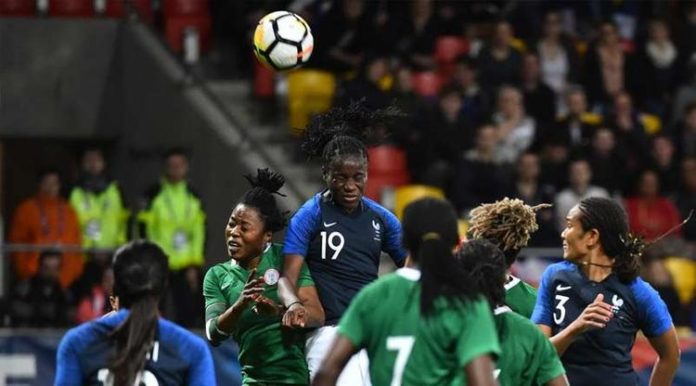 Nigeria’s Super Falcons have zoomed into the final of the African Women Cup of Nations, AWCON, and automatically qualify for next year’s Women’s World Cup after edging out Cameroon in a penalty shootout.

After a goalless 90 minutes, the semi-final match played in Ghana went into extra time.

The match was decided by a penalty shootout after it still remained goalless.

The Falcons won the penalty shootout by 4-2, sending them into the final of the tournament.

The Nigerian girls converted all their penalties while the Cameroonian girls missed two of their kicks.

With the victory, the Super Falcons have claimed one of Africa’s spot at next year’s Women’s World Cup.

The first, second and third team in the tournament automatically qualify for the Women’s World Cup.

The Super Falcons will now meet the winner between South Africa and Mali in the second Semi-final match to be played later.