Home PUO SPORTS ‘We suffered a lot of fouls’ – Tuchel fires back at Klopp’s... 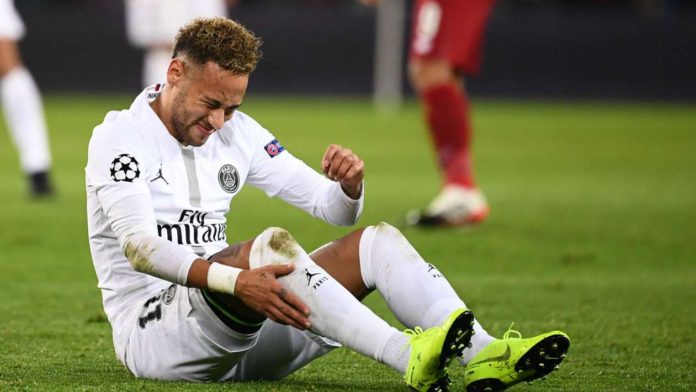 The PSG boss felt his counterpart was perhaps deflecting after losing out to the French side in their Champions League showdown.

Klopp was furious with PSG’s antics and numerous other decisions that he felt made his team – who picked up six yellow cards – “look like butchers” in their 2-1 loss in Paris on Wednesday.

PSG midfielder Marco Verratti escaped with a yellow card for a rash challenge on Joe Gomez, while Liverpool were awarded a first-half penalty only after referee Szymon Marciniak appeared to initially signal for a corner.

Tuchel refused to be drawn on the matter, but said Klopp, like many coaches, may have been using the referee to keep the pressure off his team.

“I did not feel like it was such a big issue. We had five minutes overtime, we suffered a lot of fouls,” he told a news conference.

“You don’t have to do fouls if you’re one goal down and you do 10 fouls in five minutes.

“I don’t even want to talk about it because for me it’s not a subject.

“When I lose big games I am angry and I sometimes talk about stuff just to bring the attention to something else and away from my team.

“I do this also but it’s not my issue. You’ll have to ask Jurgen for that and I heard he has his opinion to that and that’s fine. I’m talking about the game.”

A win at Red Star Belgrade next month will secure PSG’s place in the top two in Group C, while Liverpool need a victory at home to Napoli.

PSG return to Ligue 1 action Sunday with a clash against Bordeaux as they look to keep they 100 per cent record in the league intact.

EPL: I am Man-Utd’s manager, I decides when Ronaldo plays – Solskjaer insists

Giroud: We played to win against Atletico