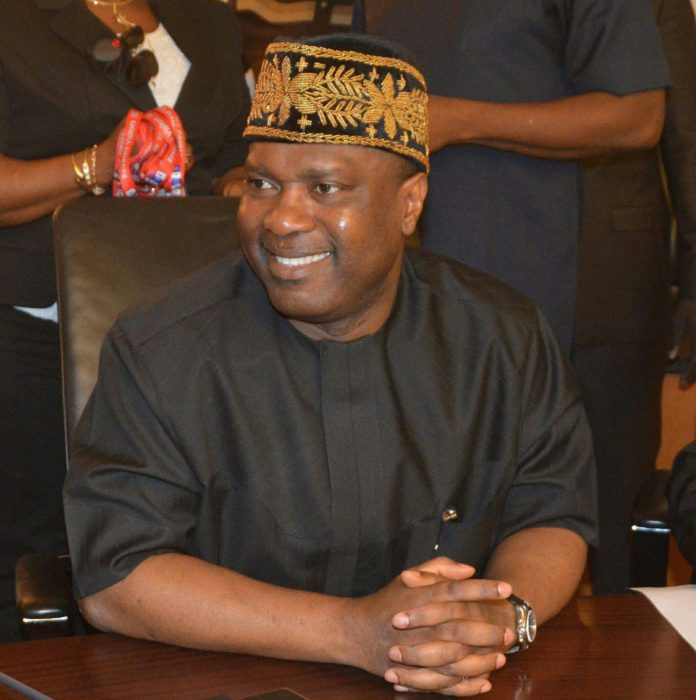 The All Progressives Congress governorship candidate in Akwa Ibom State, Obong Nsima Ekere has cautioned the five former members of Akwa Ibom State House of Assembly who were sacked by the House to avoid being used to derail our nascent democracy by those he described as irresponsible politicians.

The APC governorship candidate said a situation where lawmakers do not respect the law is quite unfortunate and a danger to our democracy.

According to Obong Ekere, there’s need for the sacked lawmakers to apply restraint because this is the hallmark of maturity adding that they cannot afford to truncate our hard fought democracy on flimsy excuses and irrelevant accusations that would not build an egalitarian society

It would be recalled that following the declaration of vacancy on the seats of the five defectors, they have resort to the use of thugs, allegedly aided by the police in the state, to cause needless chaos in the chambers, including a failed attempt to produce a factional speaker for the Assembly.

Elders of Essien Udim last Friday also cautioned their son, Nse Ntuen from further embarrassing the local government area by his conducts at the House of Assembly.
Led by the political leader of the area, Pa Michael Afangideh, the elders passed a vote of confidence on Governor Udom Emmanuel and Speaker Onofiok Luke, while dismissing Ntuen and his four sacked colleagues as trouble makers.

Millions of people will join APC in few months – Buhari