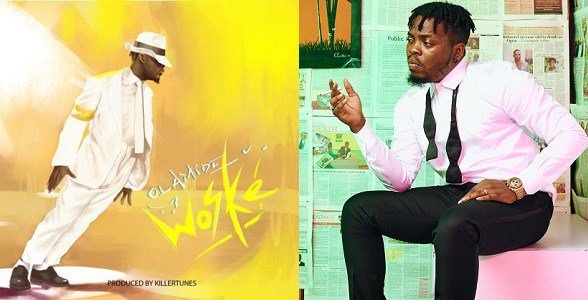 Nigerian hip hop singer and rapper, Olamide Adedeji a.k.a. Baddo has released his first song for the year titled ‘Woske.’

The 29-year-old Bariga born record label, Yahoo Boy No Laptop (YBNL) owner took to his Instagram handle @baddosneh on Friday to announce the released of `Woske.’
“#Woske!!!! Audio out now.’’

Olamide, former student of Tai Solarin University of Education also in another post said, the video of the song would be out by 12 noon, West African Time (WAT).

The song was produced by talented music producer and songwriter, Killertunes.

The YBNL Boss with 6.7 million followers on Instagram enjoyed a successful 2018 with hit anthems like `Science Student’, `Motigbana’ and `Poverty Die.’

He started pursuing his music career in 2000 which he officially released Eni Duro in 2010 under ID Cabasa’s Coded Tunes.

In 2011, Baddo released his debut studio album `Rapsodi’ while signed to Coded Tunes.

In 2012, he left Coded Tunes and started his own record label YBNL Nation.

In 2013, Olamide became the first Nigerian to sign an endorsement deal with ‘Ciroc.’

The `First of All’ crooner has more than 120 songs to his name since the inception of his career.

He has won and also been nominated for several music awards, including multiple Nigeria Entertainment Awards and the Headies Awards.

Olamide, who popularised the `Shaku-Shaku’ Dance, has collaborated with notable artists in the Nigerian music industry such as Phyno, Falz, Wizkid, Davido, Wale, D’Banj, Reminisce and many more.

Davido has this to say about Tekno’s picture with Drake