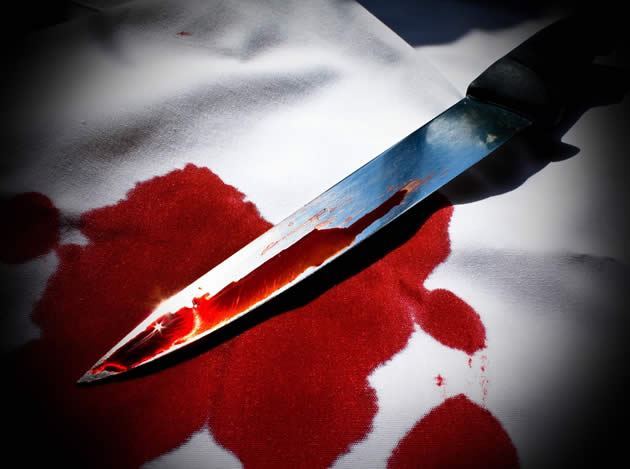 The boy whose name was given as Ifesinachi Ugwueze was said to have hacked his mother, Beatrice Ugwueze, a widow in yet to be disclosed issue.

The deceased was alone with her son in the house and grinding pepper for lunch with her local grinding stone when Ifesinachi descended on her with a cutlass and severed her head from the rest of her body.

The screaming and groan of the deceased alerted the neighbourhood who chased the suspect in his attempt to escape.
The incident set the community in a turmoil as an angry mob gathered to lynch the boy.

He was tied and forced to drink the pool of blood gushing out of his mother’s lifeless body.

He later died before the arrival of the officers of Nigeria Police Force.

Enugu command Police spokesman, Superindent Ebere Amaraizu said while confirming the incident said: “Tragedy had allegedly struck at about 1:30 pm at Isiagu Ibagwa in Igbo-Eze South Local Government Area of Enugu State when a son identified as one Ifesinachi Ukwueze had allegedly murdered his mother identified as Beatrice Ukwueze with a cutlass over a yet to be established issue/issues. It was further gathered that the action of Ifesinachi Ukwueze allegedly angered irate mob who had descended heavily on him and left him lifeless before the arrival of the security operatives.”

Meanwhile the dead body of the deceased son and the mother have been deposited in a nearby mortuary just as a full scale investigations have commenced into the incident.”

My wife slept with two leaders in my church, pastor alleges