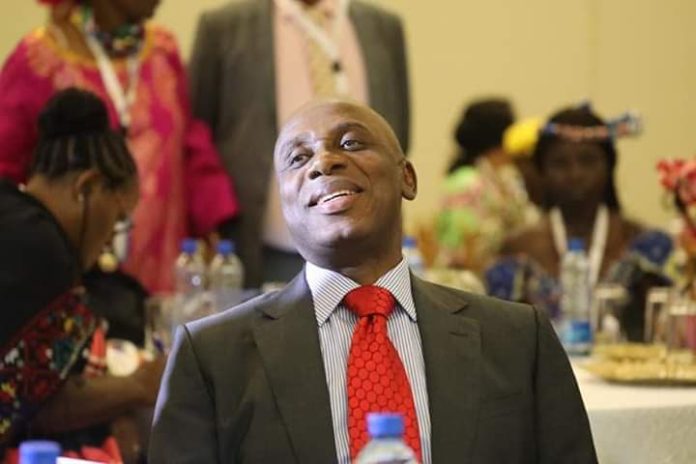 Rivers State Government has called on Nigerians and the international community to hold the Minster of Transport Rotimi Chibuike Amaechi and the APC responsible for any outbreak of violence during the forthcoming elections.

This call was made in a press statement issued today in Port Harcourt by the Rivers State Commissioner for Information and Communications Barr Emma Okah in reaction to the threats of violence issued by the Transport Minister in the presence of President Muhammadu Buhari at the APC presidential campaign rally today in Port Harcourt.

The Transport Minister who also doubles as the Director General of the APC Presidential Campaign Organisation, without provocation, openly threatened fire and brimstone against the PDP and people of Rivers State in the coming elections. He said, he will visit the people with violence of any magnitude no matter what it takes, to secure votes for hia party.

“This threat is deeply frightening and all well meaning Nigerians and indeed members of the International community should take note of this threat from high quarters which the world heard directly or live on Channels Television, right before President Mohammadu Buhari and yet nobody reprimanded him” Okah said, pointing out that unless the Federal Government takes preventive action, the Transport Minister will carry out his threat using some conscripted security agencies and innocent people may die in the process.

Okah regretted that instead of using the platforn of the campaign rally to woo the people of Rivers State who he governed for 8 years, the Transport Minister opted to visit Rivers people with aggravated violence and war. What more can be worse than a hate speech than this?

“It is indeed more frightening that while the President has repeatedly assured Nigerians and the international community of free, fair and peaceful elections in 2019, an appointee of the President would brazenly threaten bloodshed in the presence of the President and other APC chieftains and yet nobody cautioned him” Okah said, noting that this threat is a confirmation of earlier accusation that the Transport Minister is promoting procurement of arms and ammunition and handing same over to criminals while enlisted security agents would supervise and give covering fire to their violence during the elections.