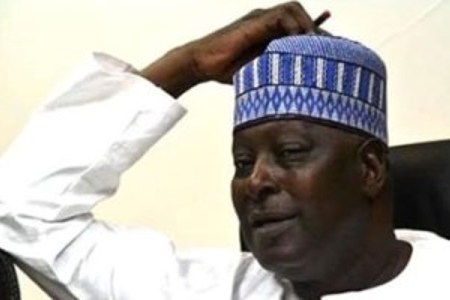 Lawal’s bail comes 24 hours after he was remanded in the custody of the Economic and Financial Crimes Commission (EFCC).

EFCC on Tuesday arraigned Lawal before a Federal High court in Abuja over his use of a company said to be owned by him to remove what he had described as ‘invasive grass” at the cost of over N272 million.

Lawal had pleaded not guilty to the 10 count charges the EFCC pressed against him, bordering on alleged conspiracy and fraudulent acquisition of property.

The court also held that the former SFG and the two others must deposit their international passport with the court pending the fulfillment of their bail conditions.

The court adjourned the case till March 18, 2019 after adding that Both Mr. Lawal and the two others must remain in EFCC’s custody until they fulfill their bail conditions.

Herdsmen killings: Buhari speaks from both side of his mouth –...