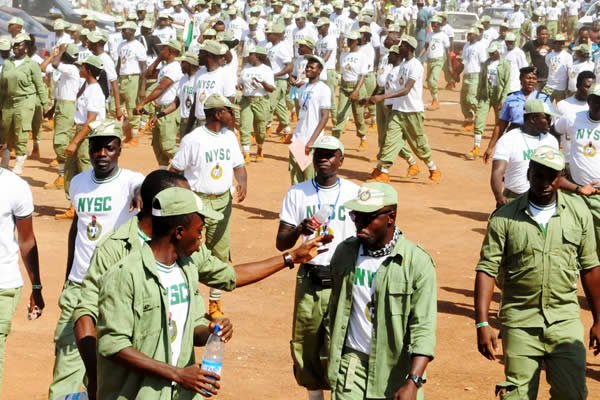 The National Youth Service Corps (NYSC) on Wednesday stated that each corps member carrying out election duties would receive a total of N35,000 as duty allowances for the Feb. 16 and March 2 elections.

The Ogun NYSC State Coordinator, Mrs Josephine Bakare, disclosed this while speaking with the News Agency of Nigeria (NAN) in Abeokuta at a sensitisation programme for corps members.

Bakare also said no fewer than 17,000 corps members had been confirmed as ad hoc staff for the forthcoming elections in Ogun.

She also assured corps members that adequate provision for welfare and accommodation had been made with the NYSC Local Government Inspectors which they could access.

Bakar, however, appealed to pregnant corps members to refrain from participating in the exercise for their safety and those of their unborn babies.

“You must give your best representation and fly the NYSC flag aloft.

“Patriotism, discipline and commitment must be your watch word as you engrave your names in gold in the history of the elections, making it not only peaceful but also successful.

“This assignment is very sensitive and as such no one of you must be caught displaying partisanship or collecting graft or inducement from anyone.

“If you are caught in any incriminating or irresponsible act, you will be apprehended and prosecuted accordingly,” Kazaure said.

“You must be vigilant and report anyone who is seen in very newly sown uniform. If the person is authentic, they must be able to identify themselves appropriately.

“Ogun State is fully prepared to secure your lives,” he said.

2019: You’ll be disgraced out of office like Nebudchadnezzar – Fani-Kayode...