Home PUO POLITICS What we will do to those responsible for death of Nigerians at... 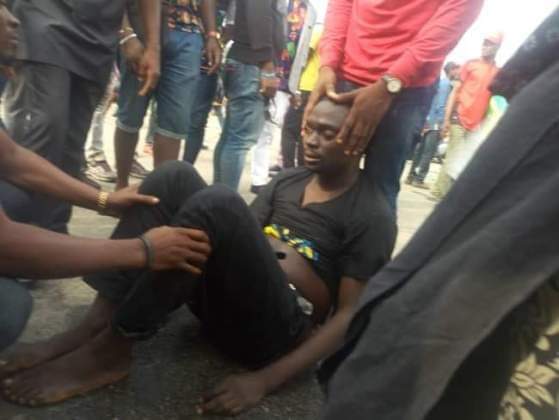 The Rivers Police Command has said it would investigate the stampede at Adokiye Amesiemeka Stadium, Port Harcourt, during the All Progressives Congress (APC) rally on Tuesday.

Spokesman of the command, Mr Nnamdi Omoni, disclosed this to the News Agency of Nigeria (NAN).

Omoni confirmed that four people died in the stampede, promising that those responsible for the stampede and cause of the death will be sanctioned.

“At the end of our investigation, we will write our report and any person or group of persons responsible for it will be sanctioned,” he said.

Two people were earlier confirmed dead and several others unconscious at the rally of the All Progressive Congress held at Adokiye Amesiamaka Stadium in Igwuruta, Ikwerre Local Government Area of Rivers State.

The incident was said to have happened as President Muhammadu Buhari left the venue and people tried to exit, but the gates were locked by the Police.