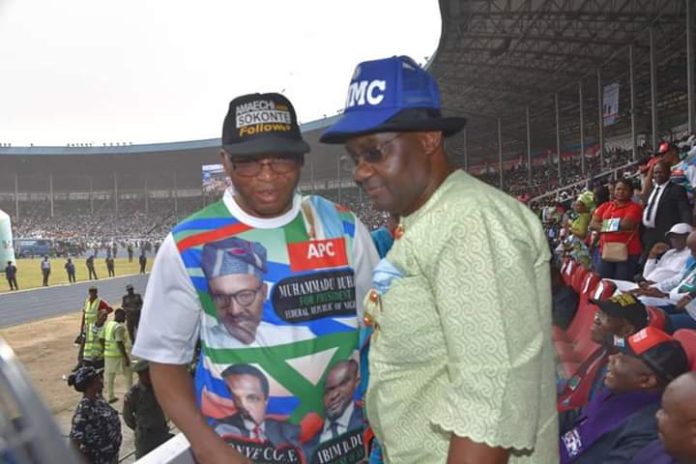 Senator representing Rivers South-East Senatorial District in the National Assembly has condoled families who lost their loved ones at the Presidential campaign rally of the All Progressives Congress (APC) that held at Adokiye Amiesiemeka Stadium on Tuesday in Port Harcourt.

In a statement issued by his spokesperson, Parry Saroh Benson, Abe attributed the cause of the incident to poor crowd management techniques and expressed regret over the unfortunate incident.

The senator said:“I wish to extend my sincere condolences to the family of all those who lost their lives yesterday (Tuesday). It was very unfortunate.

“Several times in the cause of campaigns in this country, this kind of incident has occurred out of poor crowd management techniques and sometimes overzealousness on the part of security agents and I believe like everyone that this incident was avoidable”.

Abe, who is the Chairman, Senate Committee on FERMA prayed God to grant the departed souls eternal rest.

He commended APC party faithful for turning out en mass at the presidential campaign rally to give President Muhammadu Buhari a resounding welcome and the traditional Rivers hospitality.

The APC chieftain went further to applaud the resilience of party members for holding on to their peaceful disposition and commitment despite all the childish provocations, abuses, and insults meted out to other leaders of the party at the venue.

The Senator rebuffed the Minister of Transportation, Rt. Hon. Chibuike Rotimi Amaechi, for inciting utterances which is unbecoming of a leader.

Abe said, “One will recollect that each time the Minister of Transportation talks, he talks of betrayal, but he never bothered to sit down to ask himself how he has betrayed the expectation of members of this party who trusted him to provide a fair leadership and a level playing field for all party members to participate in party activities.

“It is that failure that has resulted in the current situation in the party. I want to congratulate members of the party who stood boldly and valiantly to fight for their rights because the APC is the party of change, we must ensure that our rights are protected, respected and enhanced in the APC and it is that dream that we are pursuing.”