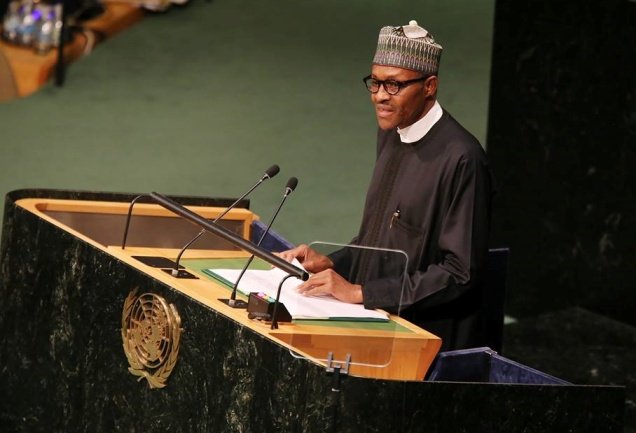 Mr Femi Adesina, the President’s Special Adviser on Media and Publicity, in a statement in Abuja on Saturday, said the president made the commendation during a meeting with King Abdullah II.

The two leaders on the sideline of the World Economic Forum on Middle East and North Africa holding in Dead Sea, Jordan

The Nigerian leader stated that Jordan’s investment in Nigeria’s peace and security would always be remembered.

President Buhari maintained that the international support Nigeria got, particularly from Jordan, showed commitment to making the world “a more harmonious and peaceful place where people can live and pursue their interests without fear.’’

He said the support and encouragement enabled the Nigerian military to degrade terrorism.

The president said both Nigeria and Jordan would need to strengthen trade relations by exploring areas of competitive advantage.

In his remarks, the King of Jordan said his country would continue to support Nigeria with hardware to ensure that the “global war against terrorism is successfully prosecuted.’’

He said the long term bilateral relations between both countries would be strengthened in trade and innovative ideas that will benefit citizens.

The statement further disclosed that President Buhari also met with the Minister of Energy, Industry and Mineral Resources of Saudi Arabia and Chairman of Saudi Aramco, Khalid A. Al-Falih.

President Buhari assured the minister that Nigeria remains committed to the terms of the Organisation of Petroleum Exporting Countries (OPEC), especially on the quota system.

“We have been working together at OPEC over the years and we know the importance of keeping to all agreed terms,’’ he said.

The Saudi Arabian minister congratulated the President for winning re-election for a second term, assuring him that Saudi Arabia would continue to support Nigeria in its effort to maintain peace and ensure prosperity for its citizens.

2023: Wike’s free to associate with opposition politicians, he can’t put PDP at...