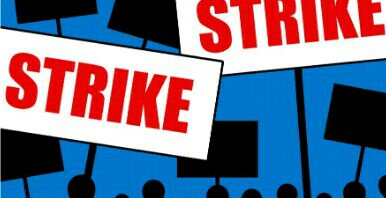 The students of Taraba State University, Jalingo have appealed to the state government to address the plight of striking lecturers in the institution.

Some of the students who spoke to Channels Television on Friday stressed that there was a need to resolve the issues between both parties for better learning.

During a visit to the school, the classrooms and school environment have been deserted with a few students loitering around with the hope that the industrial action would be resolved soon.

The students lamented that the present situation would affect their performances negative, as it was not up to a month since they resumed academic activities.

They said academic activities had been regular in the institution as a result of just concluded 2019 general elections.

Others decried that the strike would spell doom on their academic calendar and discourage them, thereby making them burdens on their parents if it persists and they return home.

They, therefore, appealed to the state government to meet the demands of the striking lecturers quickly and rationally, in order for them to graduate at the appropriate time.

The business community of the institution is not also left out as shops were under lock and key as at the time of the visit.

The Taraba State University chapter of the Academic Staff Union of Universities (ASUU) had embarked on an indefinite strike in 2018.

It, however, suspended the industrial action after the state government promised to meet its demands.

The union explained that it decided to resume the strike after the government failed to meet its demand, as promised.

The demands of the striking lecturers include the payment of earned academic allowances from 2014 till date, the provision of required infrastructure to enhance teaching and learning, and fencing of the institution, among several others.