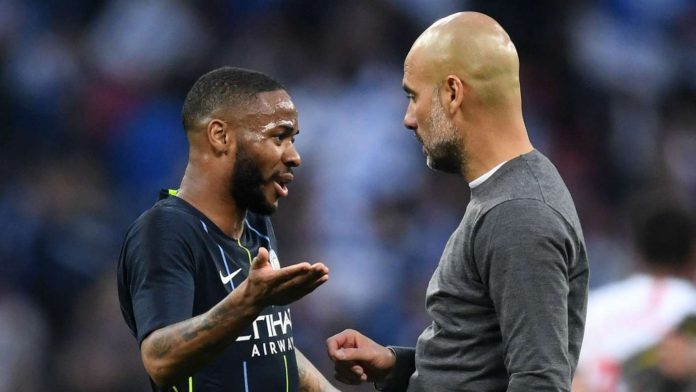 Pep Guardiola’s side are through to another final after edging Brighton, with their England international admitting the Seagulls made life tough.

Raheem Sterling has saluted Manchester City’s “spirit” after battling past Brighton to reach the FA Cup final and keep their quadruple dreams alive.

Another comfortable afternoon appeared to be on the cards for Pep Guardiola’s side when they swept into an early lead against the Seagulls.

Gabriel Jesus broke the deadlock inside four minutes, but that solitary effort would prove to be the match winner.

City were far from their free-flowing best at Wembley Stadium, but did enough to keep themselves in contention for another piece of major silverware.

Sterling told BBC Sport afterwards: “They [Brighton] played brilliantly. They caused us problems from set-pieces and stayed in the game for a long period of time.

“It shows the spirit that we have to hold on in a difficult game and get through it.”

City have already successfully defended the Carabao Cup this season and are hoping to do likewise with the Premier League title.

They are now into an FA Cup showpiece, where they will face either Watford or Wolves, and remain in the hunt for Champions League glory.

Guardiola’s side will be back in European action on Tuesday, when they take in the first leg of a quarter-final showdown away at Tottenham, with that clash now all that matters to an ambitious outfit.

Sterling added: “There are some huge games but we just look forward to the next one now on Tuesday. That’s the most important one now and we focus solely on that.”

Reaching another cup final was a special moment for Sterling and his City team-mates.

The England international had, however, ensured that the day will also be memorable for a number of local children who have grown up in the same area of north London as he did.

Sterling bought and distributed 500 tickets for City’s meeting with Brighton, with there a desire on his part to give back to the community that held to make him the player and person he is.

“It’s something that, growing up in Wembley, sometimes there were games on and I could only watch them on the TV,” said the 24-year-old.

“I wasn’t actually able to step foot in the stadium until I was given a free ticket.

“That was a turning point in my life, seeing the FA Cup final between Chelsea and Man United.

“I knew that there would be a lot of kids who don’t get the opportunity to come here so I thought it would be nice for them to be able to come and see a game when they only live five minutes away.

“The most important thing is for them to experience a day like today.”