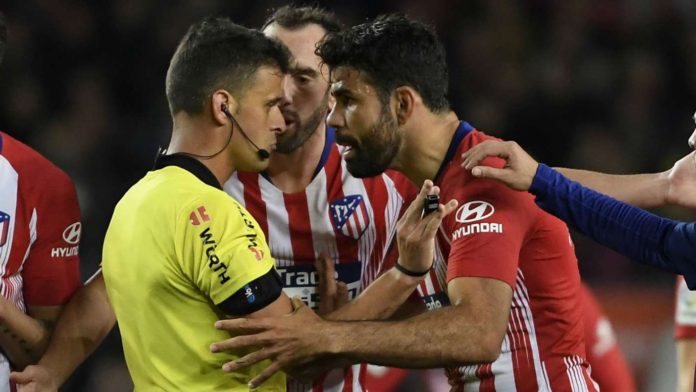 The striker is not adversed to arguing with officials, but this time he has been given his marching orders early.

Atletico Madrid striker Diego Costa has been sent off after a furious tirade against the referee in Saturday’s La Liga clash with Barcelona.

The former Chelsea man was left perplexed after believing he was fouled in the 28th minute and let the official know, in no uncertain terms.

The Spaniard went haring after the referee and seemed to unleash a torrent of abuse his way.

Unsurprisingly he was sent off and was so incensed, he had to be walked off by Barca defender Gerard Pique.

The dream is to win the Champions League – Guardiola