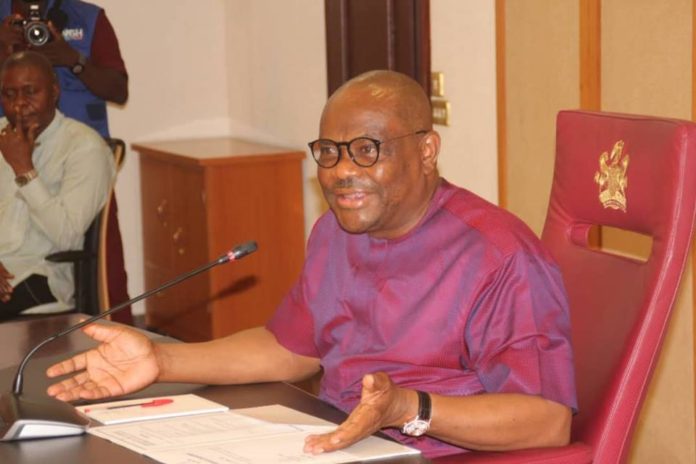 Rivers State Governor, Nyesom Ezenwo Wike has declared that his second term is another opportunity to further serve Rivers people and intensify development across the state.

Governor Wike declared that the governance structure in the state would be reviewed and energised to serve the people and check inefficiency of public officials.

Speaking during a congratulatory visit by the Forum of Permanent Secretaries at the Government House, Port Harcourt on Saturday, Governor Wike urged government officials to use their experience to enhance development in the state.

Governor Wike said that the State Government is likely to merge ministries for greater efficiency , pointing out the number of existing ministries is no longer sustainable.

He thanked God for ensuring that he emerged victorious despite all odds.

He said: “We will review so many things, so that we protect our State. I urge you to sit up because it will no longer be business as usual.

“Use this opportunity for the betterment of our people. We will work to see that things continue to improve in the state”.

Governor Wike noted that Rivers people should expect the next strata of development, which will improve the living condition of the people.

“We are working hard to take the people to next level of development. When I mean next level, it is not like the other people. I am talking about real practical growth for the good of our people”.

On the collapsed 7-Storey building, Governor Wike said all those indicted by the Judicial Commission of Inquiry will face the full weight of the law.

He noted that the building collapsed because of the inefficiency of officials of the State Ministry of Urban Development and Physical Planning, who failed to carry out their assigned roles.

“It is because of negligence that they allowed the man to take a four storey building to 7-Storey “, he said.

Head of Service of Rivers State, Rufus Godwins said that the visit was in solidarity with the Governor over his historic victory at the poll.

Chairman of the Rivers State Forum of Permanent Secretaries, Dr George Nwaeke described the victory as well deserved and the will of Rivers people.

“God said that Rivers people must laugh again. When the situation switched, we were uncontrollably happy”, he said.

Highpoint of the visit was the presentation of a congratulatory card to the Rivers State Governor by the Permanent Secretaries.

EFCC to Arrest Orji Uzor Kalu On Arrival From Germany

Over 1000 youths are Appointed into political offices – Enugu govt.