Home PUO POLITICS I will not take the support of Rivers people for granted —... 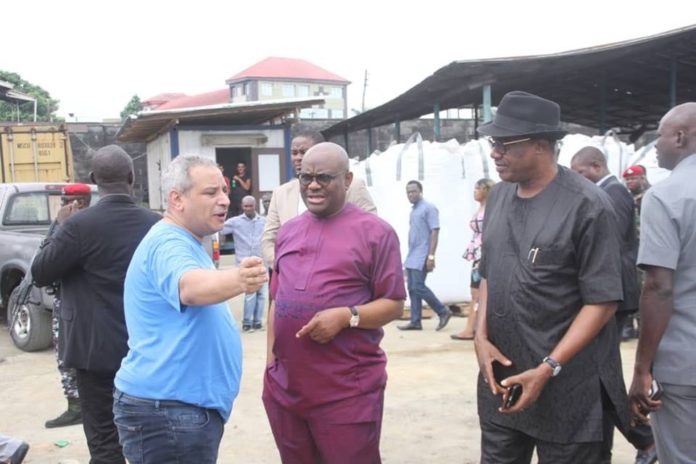 Rivers State Governor, Nyesom Ezenwo Wike has declared that he will never take the support of Rivers people for granted, saying that he will continue to work to improve their lives.

The interaction between Governor Wike and Rivers people climaxed with Market Women extending gifts to the Rivers State Governor in a show of love and appreciation.

He said: “I will never relent in what we are doing for the people. We will never take the support of Rivers people for granted. I will continue to work towards improving the lives of the people “.

He spoke on Saturday when he visited project sites in the state capital and interacted directly with Rivers people for the first time after his election victory.

“The people gave us the mandate to offer service. I am happy with the outpouring of love from the people of Rivers State. Their love motivates me to offer greater service.

“We will continue to execute projects that will touch the lives of the less privileged “, he said.

Governor Wike expressed satisfaction with the quality of project delivery at the Real Madrid Football Academy, Judges Quarters, Mile One Market and the Fruit Garden Market.

He said: “You can see how happy I am. This is democracy in action. I don’t think there is a better way to appreciate the people than to do projects that will touch their lives.

“You can see the outpouring of love, genuine love. You can see along the road, people came out, market women, taxi drivers, children applauding and appreciating the governor for the good job he is doing.

“This shows that Rivers State is in God’s hands and in safe hands. I can say categorically that Rivers people are happy “.

APC leaders must work towards genuine reconciliation of all aggrieved members...