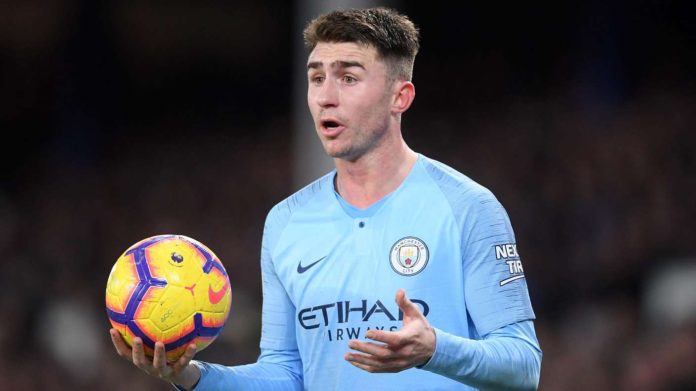 The 24-year-old is determined to win every competition with Pep Guardiola’s side and opened up on his situation with the France national team.

Manchester City defender Aymeric Laporte says his side are stronger than Premier League title rivals Liverpool and is aiming to win every trophy he can with the club.

City are two points behind Liverpool in the English top flight and have played a game less as the campaign enters its final weeks.

Having already won the Carabao Cup this term, Pep Guardiola’s team are in contention to win a quadruple of trophies as they are gearing up for a Champions League quarter-final tie with Tottenham and have booked a place in the FA Cup final.

And Laporte is confident his side can make the campaign a resounding success, hoping they end the season “in style”.

“When you win almost every match, you feel like you’re in a very big team, you have to keep going, try to win everything, that’s what we want here,” Laporte told Telefoot.

“Being among the best in the league is an important reward and I hope the year will end in style with several titles at the end.”

He added: “Are we stronger than Liverpool? I would say yes, but it’s going to be a little bit different. Liverpool has a very good squad, but I hope we will make the difference.

“I am here to win every possible title, including the Champions League… The goal is to reach the final.”

Despite his integral role in the reigning Premier League champions’ back four, Laporte is yet to receive his first cap for France.

Personal issues between the 24-year-old and France boss Didier Deschamps and the squad have been reported as the reason for his continued absence from the team, but Laporte is surprised he has not been called up.

“I went through all the youth categories, I was captain, but the important thing today is the club and I am focused on that,” he said. “I do not have the chance to play for France and I’m focusing on Manchester City.

“If they call me, I would be very happy, it’s a dream to play for France.

“Pep Guardiola was very surprised that I wasn’t called up this season, but we didn’t talk about it.”