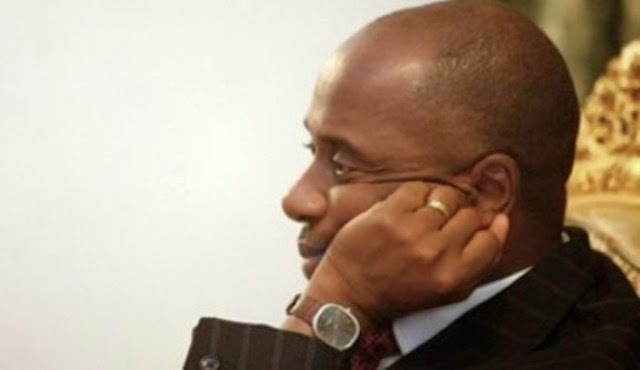 Gentlemen of the press, we have called you up this afternoon to alert Nigerians of a fresh plot by desperate leaders of the All Progressives Congress (APC), working with the Minister of Justice and Attorney General of the Federation (AGF), Abubakar Malami SAN, to cause constitutional crisis in Rivers State.

The PDP has been informed of how these desperate APC figures and their agents have been mounting pressure on the Acting Chief Justice of Nigeria (CJN), Justice Tanko Mohammed, to reverse the February 12, 2019 final judgment of the Supreme Court, which upheld the verdict of the trial court that lawfully excluded the APC from participating in the National Assembly, Governorship and State Assembly Elections in Rivers State, having nullified the party’s flawed primaries in the state.

Nigerians can recall that in nullifying the APC primaries and barring it from fielding any candidates in Rivers State for the 2019 general elections, the High Court held, and rightly too, that APCs’ primaries in the state were invalid and cannot be considered.

Acting upon the final judgment of the Supreme Court, the Independent National Electoral Commission (INEC), on February 23, 2019 held the Presidential/National Assembly elections and on March 9, 2019 conducted the governorship and State House of Assembly elections in Rivers state, in which the APC, having been lawfully excluded, did not participate.

Nigerians can also recall how the APC, having been frustrated by its lawful exclusion, used compromised security agents to violently disrupt the smooth conduct of elections in Rivers State.

In the course of the elections, the APC however adopted the governorship candidate of the African Action Congress (AAC), bankrolled his election and made compromised security agents and thugs available to him, with the view to using them to muscle votes.

In spite of these conspiracies by the APC, the will of the people of Rivers state prevailed, as they braved the odds, resisted all machinations and voted overwhelmingly for the PDP and all its candidates.

The spontaneous jubilation in Rivers State and across the country, in addition to the general outpouring of goodwill to Governor Wike and other candidates of the PDP on their victory, clearly demonstrates the PDP popularity and acceptance not only by the people of Rivers, but also by lovers of democracy all over world.

However, not done with the desperation to cause confusion and crisis in Rivers state, the leader of the APC in the state; Minister of Transport, Rotimi Amaechi, has engaged in fresh conspiracies to subvert the will of the people as expressed at the polls.

The PDP has information of how Rotimi Amaechi has been going around in Rivers State, giving assurances that he has the ears of the Supreme Court under the leadership of Acting CJN, Justice Tanko Mohammed, and that the Supreme Court will reverse its final judgment on APC Primaries and create the way for fresh elections in Rivers State, in which the APC will be allowed to participate.

Rotimi Amaechi goes about boasting that the apex court in the land, the Supreme Court, will reverse itself and declare for fresh conduct of all the elections in Rivers State.

This is completely reprehensible and unthinkable in our democratic process.

If this is allowed to occur, it will also amount to the highest travesty of justice, apart from being a direct abuse of court process. The Supreme Court is the highest temple of justice in our country and as such must protect itself from all forms of manipulative tendencies of the APC.

The jubilation across the country that trailed its February 12 final judgment is a testament of justice and a reinforcement of the confidence Nigerians have in the Supreme Court, which must not be destroyed by the APC.

The PDP therefore urges the Acting CJN not to allow his office to be used by desperate power mongers in the APC to cause anarchy and perpetrate more violence in Rivers state.

The people of Rivers state have experienced so much crisis, bloodletting, harassment and intimidations from the APC in its desperation to forcefully take over the state.

The people have spoken loudly on their choice of PDP and all its candidates. They should be allowed to move ahead with their leaders and no institution of government should lend itself as an instrument in the hands of oppressive forces seeking to undermine our democracy and subjugate our citizenry.