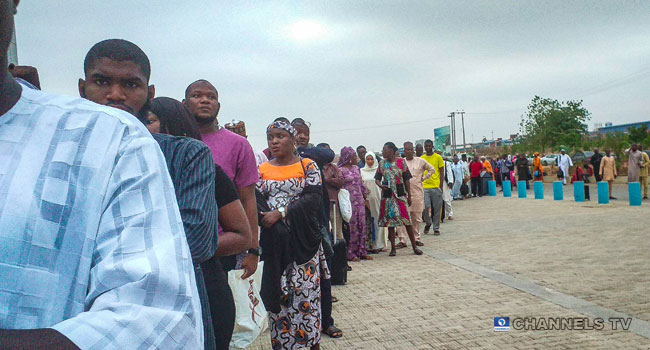 Travelers have besieged rail stations in Abuja and Kaduna, despite the move by the Inspector General of Police, Mohammed Adamu who inaugurated “Operation Puff Adder” to tackle kidnapping, banditry and other crimes along the expressway on Friday.

The travelers besieged the Abuja end of Idu rail station and Kaduna end of Rigasa station to get tickets early Saturday morning.

The queue was a surprise to many travelers who chose Saturday, with the hope that the stations would be less congested.

A traveler who simply identified himself as Abdullahi said: “I decided to travel today (Saturday) because the crowd is usually much on Friday, now it’s becoming more crowded even on weekends. This is to show that people can’t trust their lives with the Abuja-Kaduna road.”

The first train to Kaduna from Abuja was scheduled to leave at 7:00 am.

A passenger who was travelling with his family to Kaduna for a wedding said he woke up as early as 5:00 am, hoping he would get to Kaduna by 9:00 am.

He said the situation made him perplexed as to whether to still travel or not.

He further urged the Federal Government to make provisions for more coaches to ease movement of people between inter- states.