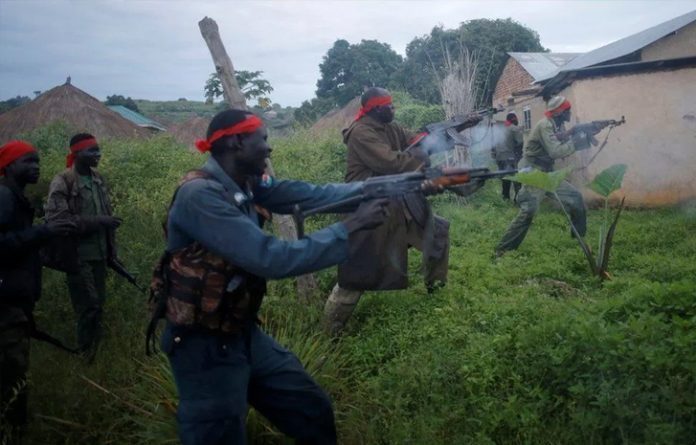 Several others were said to have sustained injuries in the attacks which occurred around around 7.00am on Monday.

A resident of the area who craved anonymity said the attackers were dressed in military uniform and armed with AK-47 rifles, machetes and sticks.

According to him, “They were shooting indiscriminately and everybody started running to the bush. They were pursuing us as we ran to the bush, some people were killed in the bush.

“Some of them were wearing military uniforms with bulletproof vests. I saw them from where I was hiding. The police came in eight Hilux vehicles, but instead of pursuing the bandits who ran to the bushes, they just turned back.”

He said there had been speculations about an impending attacks since last week, which the state government was aware of.

“We had thought that the government would have taken the speculations seriously and be proactive, but they didn’t take it seriously and this had led to the killing of more of our people. It is rather very unfortunate,” he said.

Danladi Yarima, a former president of the Adara Development Association (ADA), confirmed the killings in a telephone interview, describing it as unfortunate.

Efforts to get the reaction of Yakubu Sabo, spokesman of the Kaduna police command, was unsuccessful as his telephone was out of reach.

Kajuru recorded its first killing in 2019 in February, TheCable reports.

My job is a very difficult one, says Osinbajo

Nigeria To Electrify Five Million Households By 2030, Says Buhari At...