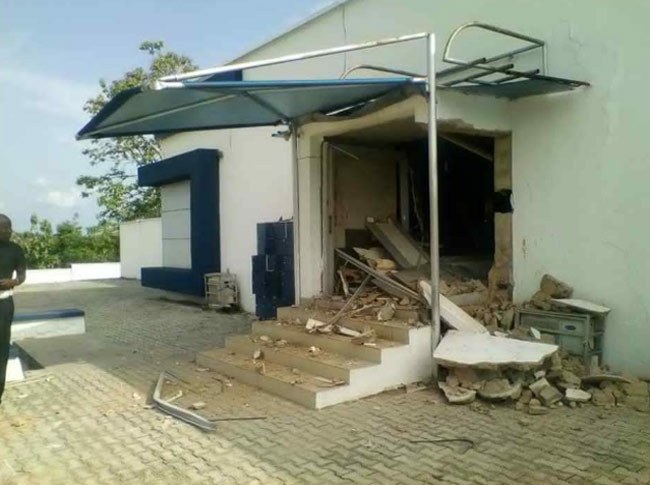 At least seven people were reported killed in the robbery attack carried out by an eleven-man gang when robbers hit a branch of First Bank in Idoani, Ose Local Government Area of Ondo State.

The robbers were reported to have stormed the town in the afternoon of Monday, shooting sporadically.

They broke the bank’s security doors with an explosive device.

The bank is the only commercial bank in Idoani, serving the other neighboring towns as well.

Five other persons who sustained serious injuries are presently on admission at the intensive care unit at the General Hospital in the town.

According to an eyewitness account, the robbers escaped through the bush in the area with an unspecified amount of money stolen from the bank.

Shortly after their escape, men of the Nigerian Army arrived at the scene.

He said that one suspect has been apprehended in connection with the robbery attack and investigations are ongoing to fish out the fleeing members.

He appealed to residents to be law-abiding, remain calm not to entertain fears as the police are on top of the situation.