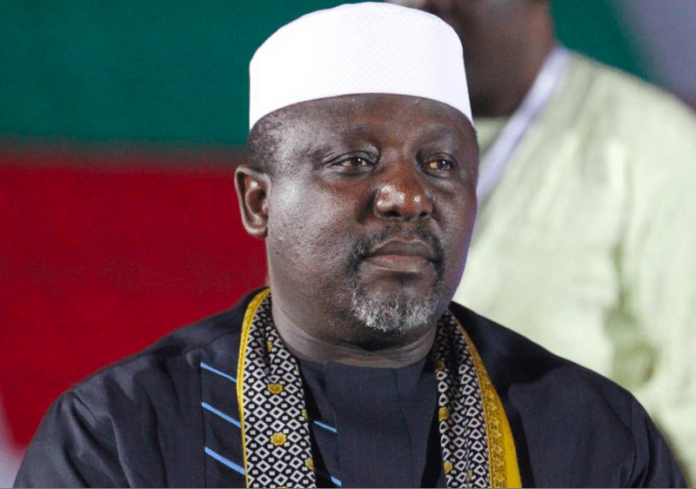 Imo State Governor Rochas Okorocha has again reacted to allegations that he forced the returning officer of Imo West Senatorial Election, Professor Innocent Ibeawuchi to announce him as the winner of the election.

Okorocha stated this while addressing journalists at government house Owerri.
Okorocha used the forum to update journalists on both his achievements and political travails.

The Imo State Governor also condemned the declaration of Imo Governor-Elect Emeka Ihedioha by the independent national electoral commission as the winner of March 9th, 2019 general election.
Okorocha also used the forum to advise Igbos to embrace national politics instead of being local champions